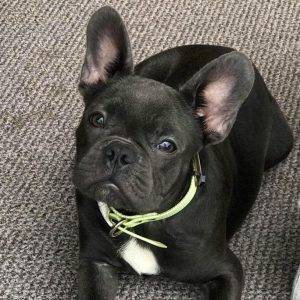 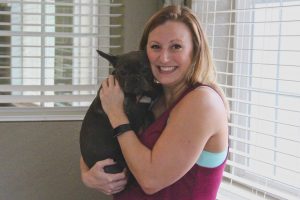 Little Apple Jacks is a very shy little man, he came to us from the auction sick with an upper respiratory infection.

Today his new mama Jamie Hoback from Austin, Texas came and met her new little boy to take him home. Jamie works from home and Apple Jacks will have a Frenchie named Stella to keep him company.

We don’t know what his name will be just yet but hope to learn on the happy tails page.

Happy life, little man, you’ve escaped mill life and we are thrilled to have made the mill owners angry as we took you away from them..

I think his face says it all…but what he doesn’t know yet is the fear in his eyes will be a distant memory.

Baby boy is 7 months old and was on one of the 3 tables that I actually was able to clear at the auction we attended. This upset the mill owners which gave me so much joy. You see, I took their inventory they were trying to stock up on and it makes them mad.