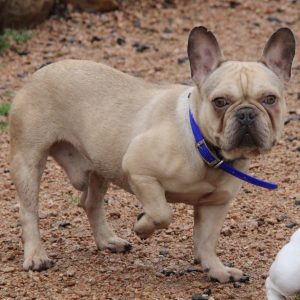 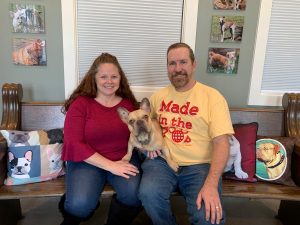 Banana is going to live in Oklahoma City with Brent & Jill Simmons. Brent found out about LSDR & DRR on a plane when someone was flying with a Frenchie and he was shown the Facebook page. Banana will have his new mom home with him during the day and will have three other dogs and a cat in his new home. All furry-members are named after Disney characters and “Phil” will be no exception. They are already members of Happy Tails!

This boy was advertised as being imported from Europe. Banana is a 3 year old, fawn French Bulldog.  He gets along well with other dogs and is enjoying running and playing freely at the Ranch.