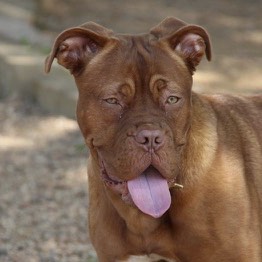 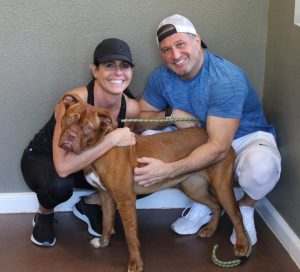 My goodness what a time we’ve had finding a family for Bellatrix.

We finally had a little run on getting an abundance of applications for Bordeaux’s to choose from for this sweet girl but….first we had a lovely family who wanted her so much, and they were wonderful and all of their references were too…but we did a meet and greet with the dog in the home and he just wanted to hurt her and we said we’re sorry but this won’t work..

Then she had another application, lovely family, lovely references and they came with their dogs to do a meet and greet and we had the same issue. Here is Bellatrix the most even tempered, laid back sweet submissive girl to any dogs she meets and both times we had to send a very sad tearful family on their way with no Bellatrix in tow..

At about this time where we had applications coming in, the Lambert family from Sachse Texas that has adopted from us in the past with Tribeca the Frenchie called Laura and said they felt bad for Babs and her bad luck and they would like to take her home..

This is how stuff goes sometimes, at that time Laura felt like she had solid placement for Babs ( which didn’t work out) but she told them the story of Bellatrix and her two attempts with a lovely family where the dog in the home just wasn’t having it..

The Lambert family came to the Ranch to meet Bellatrix and we said just take her home and see how it goes….they did and turns out she’s never leaving..We were contacted by them and he said… “It would seem that Bellatrix now known as Baileigh has decided she wants to be part of our family full time”

She has finally found her family. It was round about, it was convoluted, and it never went as planned until now and that’s all that matters, things work out for a reason and this is the reason.

Here she is with her mama and daddy..and this is where she will always be.. 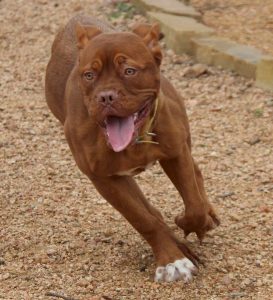 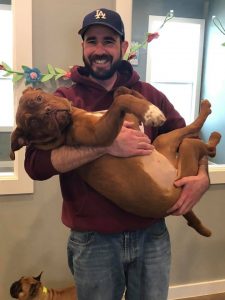 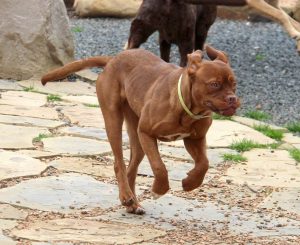 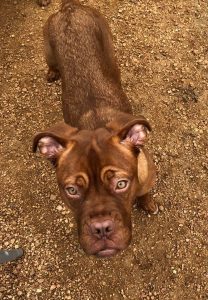 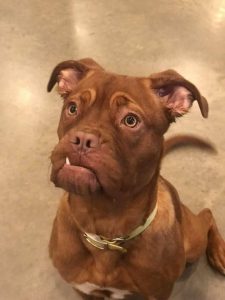 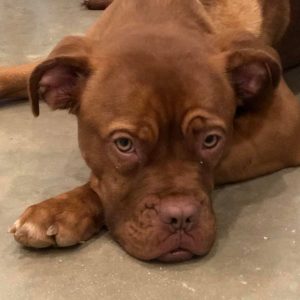 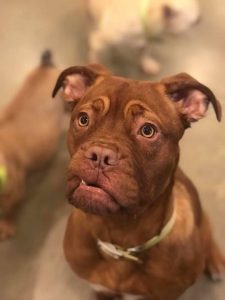 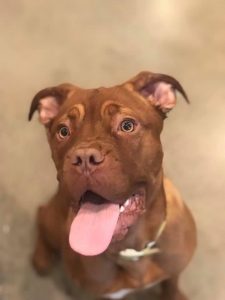 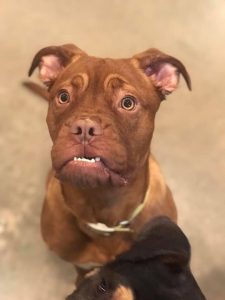 She has the classic temperament of a typical Bordeaux, low key and as sweet as can be with large dogs and small dogs. She has been tested around cats and she shows no interest.

I would guess that she weighs about 40 pounds currently and will grow to about 80 pounds when full grown.

Oh and she has a magic paw to boot!

We were contacted about this 6 month old pup that was tossed up on a buy/sell/trade Facebook page. Not spayed and they didn’t want her anymore. We weren’t going to look the other way and allow her to turn into someone’s breeder female.
We asked for help from Mistie Wheeler who was near her and has transported for us before and she gladly jumped in and picked her up.

I asked Eva my granddaughter to please come up with a name for her so here it is..