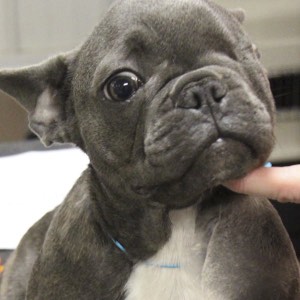 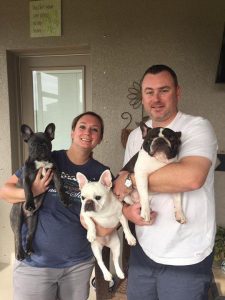 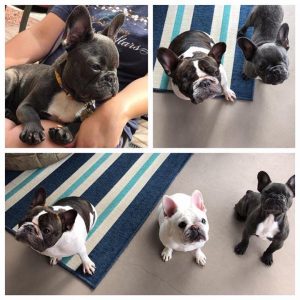 When we brought this little pirate boy home from the auction I knew that we would find him a great home in spite of him only having one eye. We named him Bluebeard because, well, he’s a pirate.

Immediately we were contacted by Jayme and Neil Harvey who previously adopted our pirate boy Blackbeard and they said they wanted to adopt him. What we didn’t know was that they were trying to decide if four dogs were too much for them but they both agreed that he was meant to be theirs.
Linda and John, who foster for the Rescue and are good friends of the Harvey’s, fostered Bluebeard until they flew out to Florida today to take this pirate home.
Sadly, Jayme and Neil very suddenly lost one of their dogs with a heart sarcoma. We were saddened to learn that but so happy that this little pirate will help heal their hearts. It seems that puppies are healing broken hearts these days.
We couldn’t be happier about this adoption, and this little boy couldn’t have landed in a better home ever.
Happy life little pirate!
ARRRGHHH

In the most recent auction we attended we were able to rescue 6 baby boy French Bulldogs. This little man was one of them.