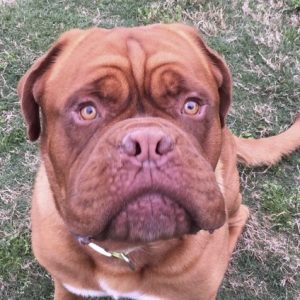 We got the call about this big boy Bronson while we were on a girls trip to New Orleans. Walked into a shelter by his owners, his doom was imminent because the staff was told he had seizures. Here it is a couple of months later and he has never had a seizure nor has he been on any medication for it.

He’s going to have himself a road trip with his new mom and dad who already love him so very much. 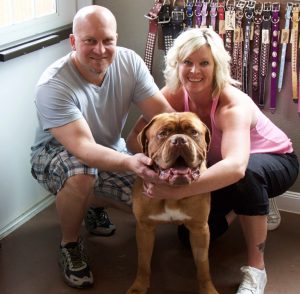 Bronson was dropped off by his owner at the shelter in Arlington because they said they were moving, a common problem by pathetic people. Travis went into action to get this big, beautiful boy who is only 15 months old. We were told by a volunteer that he was rumored to have a seizure disorder which we are currently assessing with Dr D. He will be examined and getting blood work done as well; we will just take it one step at a time, but he may end up being a special needs Bordeaux.