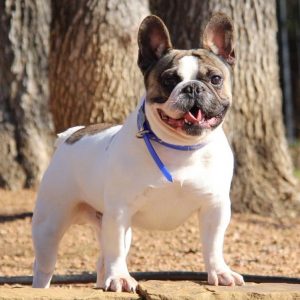 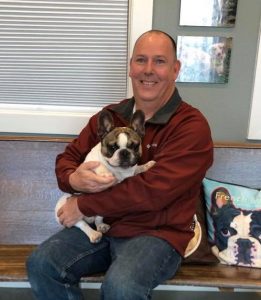 Cabbage is headed south to San Marcos, Tx with Carl Teague who adopted DRR alumni Pappy. Carl also has a pitbull rescue named Tyson and the sometimes naughty Cabbage will be in heaven romping with them both. This handsome fella will now be known as Bandit and we are so happy for him.

Cabbage is a 1 year old fawn piebald French Bulldog who is so happy to be free! Always a smile on his face and quickly getting into mischief. He’s getting along great with the others boys and is having too much fun with sticks and creating other various toys to even bother with them yet. I’ve been watching him close around the pond but he doesn’t even want to get his toes wet, so I think he’ll avoid it all together.