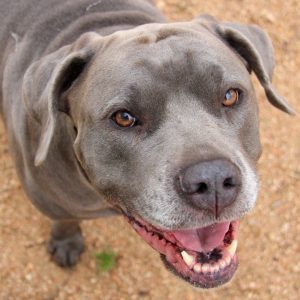 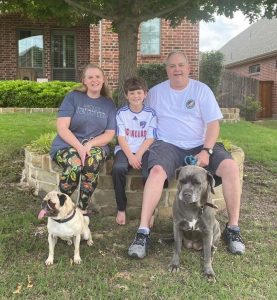 Sometimes we have a dog that goes to a foster family and that family falls in love and realizes just how special that baby is and cannot let them go. This is what happened to sweet Callie. Callie is staying with the Regan family in Murphy, Texas where she has a mom and dad that work from home, a 9 year old boy, Wyatt, to take her for daily walks and a fur brother named Bubba to play with. Her name will remain as Callie and she is will be loved and spoiled the rest of her days as she should be. Happy life Callie!

This story is long and has twists and turns so I need you to hang with the details because it’s just kind of nuts but alas here we are.

On March 2nd we were contacted by Collin County ER who we work with all of the time, it was late at night and they said a person walked this big girl into their hospital as a “stray” and they needed to find a safe place for her off the street. The ER told us she had a microchip and they called the listed owner but the people said they didn’t own this dog and knew nothing about her.

The Er did not want to send her to the shelter so they asked if we would take her and try and figure out what was going on. We said yes we would love to help and she was picked up at the ER and brought to the ranch. Jessica was working and she said this dog belongs to someone she’s in good shape and she is just a fantastic dog. In a couple of hours it turned out that the actual owner of the dog had called the microchip company after he had lost his dog and looked for her all night and the microchip company said she had been reported as found at the ER. He told us they had recently moved and somebody left a gate open and she got out and he hadn’t updated the phone number and address on her microchip. Laura got his number from the ER and texted him and told him his dog was at the Ranch and he could come pick her up there. He came within an hour, he was crying and so happy to see her and said he walked the streets all night looking for her. We sent her on her way, and we were happy to reunite her with her family.

Fast forward to two nights ago, it was very late almost 11:00 pm and I got a call from the ER once again that said a rescue of yours has been brought in as a stray. I said what dog and they explained the story. Apparently a man brought this dog in again, he said she was loose and scratching at his front door. He brought her to the ER and they asked for his name and number and he refused to give it and said he would just turner loose. The ER said no, just give her to us and we will call the original rescue.

Laura had the owners cell phone number so she once again texted him and said your dog is at the ER as a stray again. It took him 12 hours to respond and when he did that’s what he said in the screenshot I’m sharing.

We have no idea what the heck is happening here but we do know that this dog is a gem. She has perfect manners, she doesn’t try and get out of her den, or the ranch yard, she is calm and mellow and sweet and perfect. It just seems that something has happened in this person’s life and he doesn’t want her anymore and that’s fine we would be happy to help all he had to do was ask.

So with that she is safe with us where she will stay and we will spend more time with her, have her examined for anything she needs and find her a family that will love her forever. 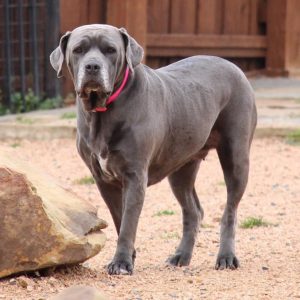