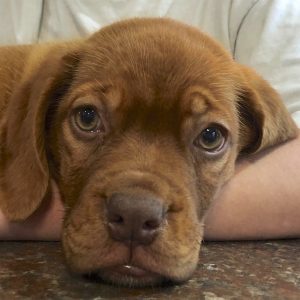 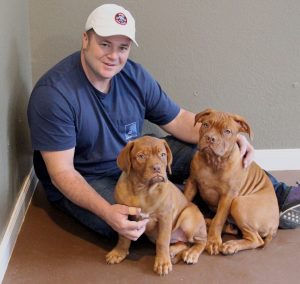 It was a long distance adoption for two little girl bear pups all the way from Massachusetts.

Fruity Pebbles and Cinnamon Toast Crunch met their new daddy Darren who flew in and rented a car to drive these baby girls home to Stoughton, Massachusetts with the O’Brien family.
Their new mom, Marlyce, does not work which is an ideal home to work on house training and socialization of these two girls. The family had a Bordeaux before that passed away and all of the kids were sad.
They will have three children who are 14, 11 and 6 to grow up with. His two youngest kids had no idea he was coming here to adopt but the oldest one tipped them off apparently so they’re all super excited and to get two new pups. Wes said Darren has the best energy for adopting bears especially with Cinnamon Toast Crunch who is pretty shy. he was a super chill and calm man and they responded to him immediately in a positive way.

We don’t know their names yet and I’m sure all the kids will be very excited to help pick those out.

Have a safe trip everyone and have a very happy life!

This little baby girl who was so scared during the last auction we attended is now feeling safe.

She was born on 6/8/18 so she just turned 3 months old. Her body condition is better than her sister, Fruity Pebbles, but she has diarrhea. She also has a strange sore on her belly that almost looks like a burn. Once again, off to Dr D’s she will go first thing.