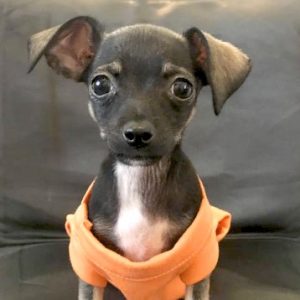 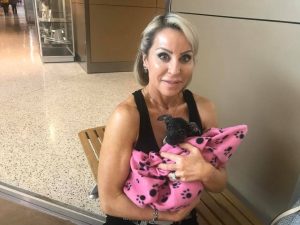 The adoption of Toast and her little baby Crouton has been a tough one for foster mom Karla, she’s been taking care of both of them for quite sometime. Toast had already left for her new life and today she had to let Crouton go too, and lots of tears were had by all.

Crouton will be going to live with John and Ciara Bennis in Naples, Florida. She will have two rescued Chihuahua siblings, Milo and Ella, to play with. John is retired and Ciara has her own business, so Crouton will be able to go with Ciara to work some days and stay home with John on others. John and Ciara love to take daily walks with their pack and Crouton will now join them. At home, she will be able to sun herself on the screened in lanai. Ciara’s family lives in Ireland and has been waiting patiently for her to FaceTime them with Crouton. At Christmas, Crouton will be traveling with them to Ireland to visit the family. Crouton’s new name will be Zena.

A pretty great life for 2 little Chihuahuas that were living a life of hell in the valley.

Crouton is the little baby of Toast. She was rescued with her mama from the shelter down in the valley of south Texas. They estimated her to be around 5 weeks of age and she weighs 1.5 pounds. 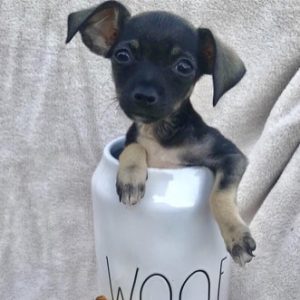