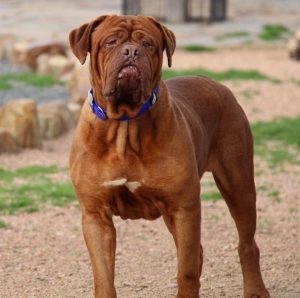 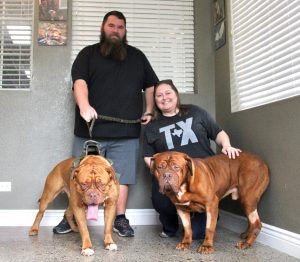 Jessica hand delivered big boy Cupid yesterday to his new family. Cupid is going to live with Kacy & Justin Land in Whitehouse, TX. How about that for a coincidence with Jessica’s last name being Land and his forever family are also the Lands?

He will join their Dogue de Bordeaux Nibs who is 2 years old and their Miniature Schnauzer Liebe. Cupid will have Justin home with him during the day and will have two little nephews who live down the street to come and visit often. Cupid will have a new name and will be no known as Walter.

This is the great big male Bordeaux, you already met his sister Kisses, both born on 5/30/16 and both of them very dark red and pretty shy. This big boy has lots of ticks like his sister that had to be picked off. His ears are terribly infected and one is just oozing black goo out of it. He is very large at 130 pounds.

Cupid has been moved to the Ranch, he is a very large scaredy boy and will need time to trust. Jessica spent some time with him to begin the process.

Cupid is a great big boy, almost 4 years old and lived his entire life in a mill. He was rescued with his sister Kisses who is at the sanctuary. He is a very timid dog, afraid of people and it will take time for him to trust. He came from the same breeder as Thelma, and as a matter of fact they are two weeks apart in age. I assure you they had the same father who was also very timid and shy.
When pups are born like this socializing is an absolute must but that doesn’t happen in a mill because what do they care if they are shy, that’s not where the money is made.

Cupid is making some progress at Jessica’s house. He looks like he is settling in and a little more relaxed now. Jessica said he follows her all over the house and if she goes in a room and shuts the door, first she hears his big nostrils at the crack of the door and then she hears his big meat waffle lift up and give a little scratch at the door because he is wanting to be where she is.These are the signs we look for to let us know they are beginning to love their person and it shows us that they will advance with time, love and patience. 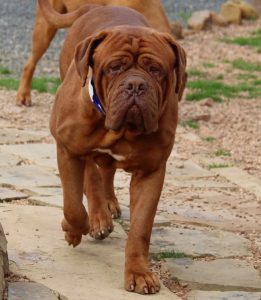 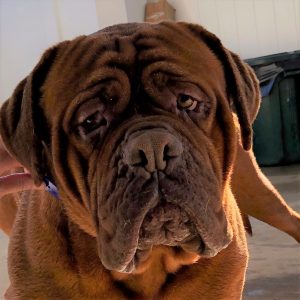 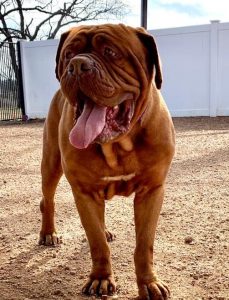