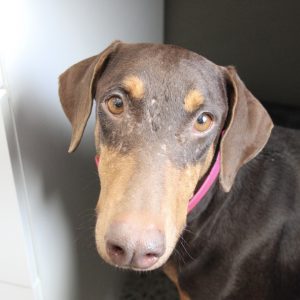 The life of dogs in the valley continues to send us stories of just how bad it can be.

I will begin this post welcoming the two Dobermans Samson and Delilah to Dog Ranch Rescue and then I will tell their story.

We were asked if we could help with these two Dobermans down there, their “owner” got them to breed them and obviously make some extra money but it turned out to be too much work and didn’t want them anymore and wanted them gone.

Delilah was obviously pregnant by the photo provided to us. It takes a little bit of time to pull together this kind of rescue. Both of them were in Mission TX which is way down near the border of Mexico. Ricky began his drive down yesterday to spend the night down there and then begin the long trek back after picking them up. Yesterday evening we got news that it was too late and Delilah had given birth to 3 puppies and a picture was sent to us with her babies dead in the dirt.

Yes, they are disturbing and yes some people will be offended but I will never not share the reality of the lives of our rescue dogs. They live it, the least we can do is look at it and acknowledge it.

We learn nothing by looking away..

Ricky rushed to pick her up at the home where she lived last night regardless of the fact that he wouldn’t be leaving with all of the dogs until this morning. She needed to be looked at, x rayed for any pups that might still be in there and have some bloodwork done. Ricky did that last night and said the poor girl was full of milk but she had no puppies left. They were all dead in the dirt yard.

Ricky let her stay overnight in the ER and then picked her up this morning and then went to the home where he picked up Samson to get him out of living this life.

Ricky also picked up 7 other dogs and will drop them to two other rescues waiting for them in San Antonio.

He is on the road now and of course we cannot thank him enough. Ricky is such a valuable asset to this rescue and has saved countless dogs single handedly with transporting all over the country.

Samson and Delilah will arrive late this evening after a long road trip but it should give all of us peace that they will never suffer again.

Delilah now freely runs about the yard with all of the other dogs, Samson and her are friends and do run together but it’s not obsessive. She needs to live with other dogs in the home that are calm, and can show her how to behave.

Delilah has little skills with other dogs and needs to live with dogs that don’t have that issue, she needs to live with a dog that is confident. She is a very, very sweet dog who has been dealt a very crappy hand, and we will see to it that her life will never be bad again. She is sick with heartworms from living outside in the shanty and we will be treating her for that.

I hate to do it, but it’s what we have to do. It’s very hard sometimes to find a home for a black cloud dog and Delilah is one of those. She has been shared to over 200,000 people and it hasn’t found her a home.
Let me go into her and Samson’s background a little bit to help you understand what I hate to do, and why it’s necessary. You need to understand and get into a dog’s head to know why things work the way they do.
Delilah and Samson lived in the shanty way back in the backyard with nothing but each other in as a breeding pair to make money way down by the border of Mexico in south Texas
When dogs are confined like this with little to nothing to do they find things to entertain them, digging holes, chewing things up, try and escape etc. etc….
Here is the dynamic between the two of them, Samson was really smart and more dominant than Delilah, she is not so smart, and she is what we call the dog in the pack that reacts to what the leader does. We are certain that they amused themselves and entertained themselves by hunting small things that came near or in their shanty.
This exacerbates prey drive and the two of them together were a problem. We would never allow them to stay together at the Ranch because in minutes they would team up and look for things to hunt and small fluffy dogs were not something we could trust them around. Delilah stayed at the Ranch where without him she had little interest in behaving this way, and Samson went home with Wes and he was recently adopted.
We have had Delilah for weeks at the Ranch and she has been with lots and lots of dogs of all sizes, 97% of the time she is fine but there are moments when her old life and patterns kick in and she starts with prey drive for a small dog.
So when you have a dog that is very hard to find a home for already and we now have to label them as needing to be in a home with no small animals it narrows the scope of potential applicants and just makes the task much more difficult to have success in a placement but that is what we have to do. She would be great in a home with large dogs and quite honestly she needs to live with other dogs, she needs a leader one she can follow that is a positive role model, just not a small dog.
It’s just not something we are willing to take a risk on and therefore we will not.
Before people get it in their minds that she is some kind of aggressive dog let me just stop you right there and let me remind you she is still at the ranch, and she is with dogs of all sizes every day including my own and she is a sweet girl who has little to no issues except when she has this flashback to her previous life. She is with all of my dogs laying at my feet right now and I have no concerns about her being with them.
It’s not her fault, it’s just what she was subjected to and unfortunately she is unable to overcome it 100%.
These photos were her life, this is where she lived with Samson 24/7 this was where she gave birth to her dead puppies in the mud when they decided to let us have them both because raising puppies for money was too much trouble..
Sometimes it’s impossible to erase their past life completely and it’s important to understand why their mind works the way it does, and for Delilah it is a problem she cannot completely remove from her mind.
She has scars all over her face, we cannot be sure where they came from but it’s just another part of her past. 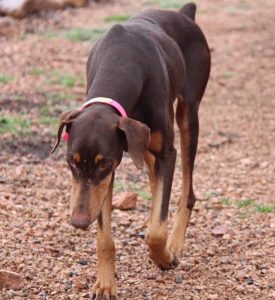 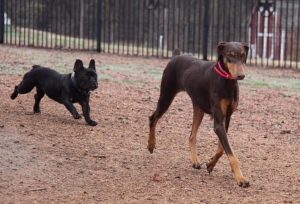 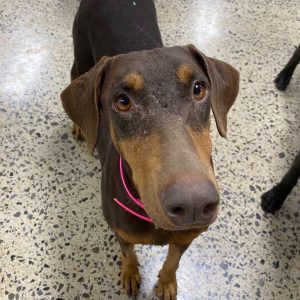 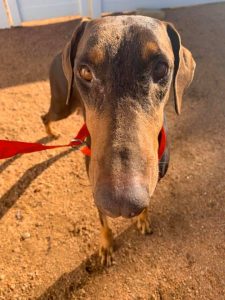 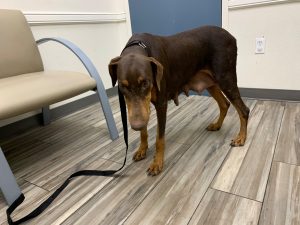 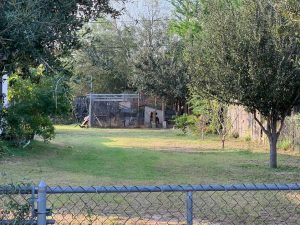 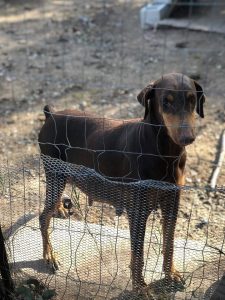 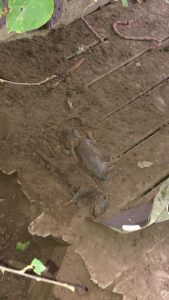