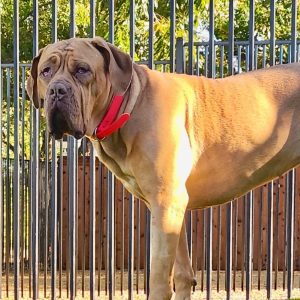 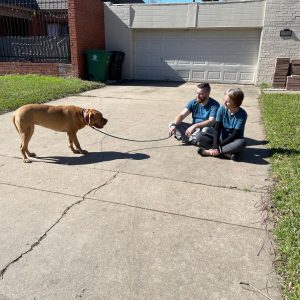 Welcome to dog Ranch Rescue Diamond and Dottie. We are sad you had to wait a month in the shelter, but we are happy that’s behind you now.

We have moved Diamond to the sanctuary, she’s is so shy it’s crippling and the ranch was more than she could deal with so she just didn’t. The sanctuary is a quieter environment and hopefully she can relax more. Her eyes are a mess and her surgery had been scheduled to correct all of the problems, double cherry eye, entropian on both lower lids and a small mass on one eyelid. It will cost about 3500 just to fix her eyes. It will be a while before we feel confident that she’s ready for adoption we need to see her begin to advance socially and that takes however long it takes.

She’s a very elusive bear. She’s been with us for a week and was rescued from the shelter 3 weeks ago. She is the sister of Teetsi, Cleo, and Dottie. Her name is Diamond and she’s the shyest of them all. Today she took interest in Emma’s Poodle Flora and it was the first time we have seen her come out of her den to interact with another dog. She’s got a very long way to go. She’s got cherry eyes in both eyes and will need surgery for it and we will help her come out of her shell as best we can before looking for her forever family.

We have had some very difficult bears in the past to try and bring out the best of them and find them a home that will be patient and willing to work with them. The ones that come to mind are Thelma, Candy Corn, Witchy Poo, Kisses and Cupid.
All of them found incredible homes that accepted their limitations and gave them dreamboat homes.
This is diamond, she had such terrible cherry eyes that we finally have repaired and healed enough that you can actually see her. She is afraid of everything, she will not seek out affection but she will tolerate it if she is safe in her den. The highlights are that when she’s outside and you need her to come in she now after months of working with her will happily come inside and go straight to her den.
This is just a little peek into her having some human bonding time with Eva as we try and help her trust and feel more and more comfortable.
She absolutely will require one of these dreamboat applicants, people who rescue a dog in its truest form, and take on the task of helping a dog like Diamond be the best that she can be.
Diamond cannot live with small dogs, and of course with that no cats. She is fine with large dogs but little fluffies are prey to her and that will not be allowed.