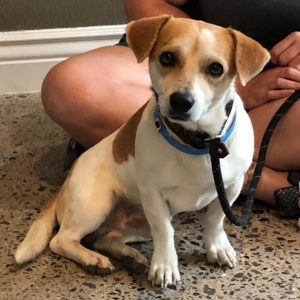 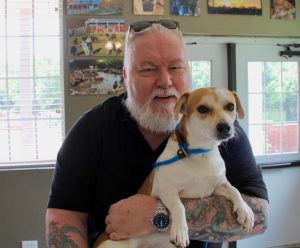 Our sweet little man Doug left for his forever life today. Doug is being adopted by Terence Plumb from Corpus Christi, TX. Terence originally wanted to adopt a French Bulldog and then he saw Doug on our Facebook page and knew right away that he wanted to apply to adopt him. Doug will be the king of his castle as an only pet and will enjoy Terence working from home now and he will get to go to work with him when things go back to normal.

Doug’s new name will be Coop and we wish them both a long happy life together.

We had a plan of rescuing 7 or 8 dogs from the valley last week. We were unsuccessful with many of them as they had already been picked up by another rescue, which is good for them. We ended up with two dogs that were to be put on the shuttle the rescue provides and drops the dogs at a meeting place in Dallas. We soon discovered that one of them escaped his outdoor run at the shelter and was lost.

Which led us to just having one….This is the one, he looks like a Beagle mix, he is off for his medical exam today so I will know more about his health later on this afternoon. He is a little shy but he will come around.

His name is Doug Parker and is named after a pharmacist who is the father of one of our team captains. 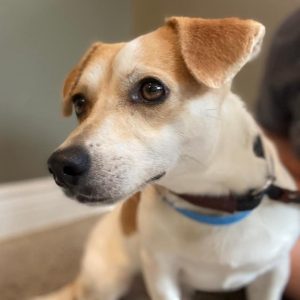