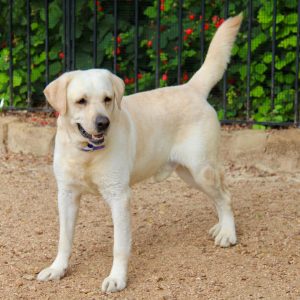 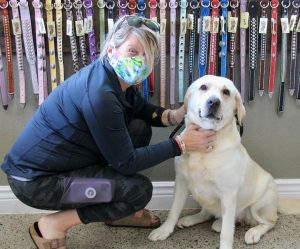 Today was the big day for Dubs to begin his life with a road trip with his new mom to Ankeny, Iowa. His mom is Teri Goins who lost her Lab two years ago told us she felt like she won the lottery to be picked to adopt this sweet boy. She loved him very much when she met him and said he was a charmer which is exactly true. She is going to keep his name as Dubs and he will have the nickname Dubsie.
How lucky he is, his life is forever changed.
Happy life to you both

About Dub:
Let me tell you the story about this boy, the catalog stated that he was imported from Romania and gentle and well mannered excellent companion or support dog. They had in bold print NOT FOR BREEDING We didn’t know what that meant but here he is being sold in an auction stating he’s not for breeding but asking breeders to buy him.
When the actual bidding began a breeder asked why is he listed as not for breeding and they then said that they paid a lot of money for him and bred him multiple times but after a couple of years he became sterile.
He obviously had no value anymore at that point so insert us, Jessica won the bid and the door is closed and he will be neutered and his life will head into a another direction.
He was born on 11/10/2016
Formerly # 152
We are naming him Dub Swan who is the husband to Jody Swan who we named the chocolate Lab after. Dub Swan is a Fireman.
Welcome to Dog Ranch Rescue Dub 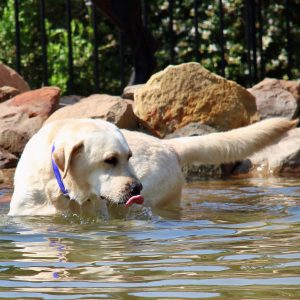