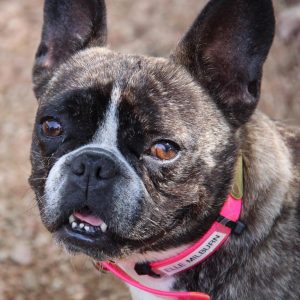 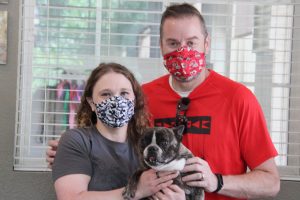 Elle has left the building and is being adopted by Mandi & Chris Corey from Kaysville, UT. They have been wanting to adopt a Frenchie for many years and are excited to make Elle a part of their lives. Elle will join their two English Bulldogs Isabella and Lola, to be friends with and a half acre to run around in when she gets home to Salt Lake. They have a three day drive to get home so they loaded up on food and they’ve got a safe crate for her to ride in. They are undecided on her new name for now but maybe we will learn that later.

This is one of the few lucky female Frenchies we were able to rescue. She is a brindle and white girl who was born on 4/20/15.

Advertised as a “good mom” …..not anymore.

We are naming her Elle Milburn after an RN in Memphis. 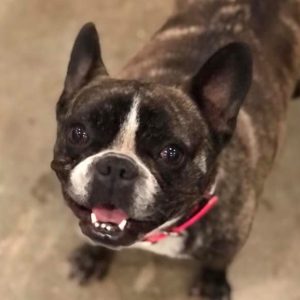