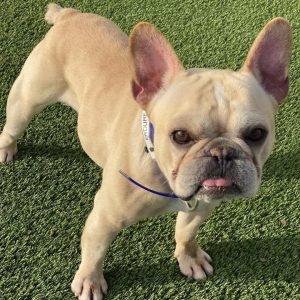 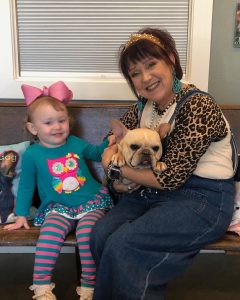 Endure was whisked out of the breeding life and has since spent time with foster mom Trish, the ranch and the sanctuary. Today he makes his final stop and left the sanctuary in the arms of his new mom.
Endure was initially terrified and shut down but the light in his eyes started to shine and we have no doubt that it will continue to get brighter. Martin and Kimberly Taylor are retired and very recently lost their beloved Frenchie Baxter. They were mourning but knew they wanted to open their hearts to another and went ahead and sent an application, knowing it might take awhile. Imagine their shock when the phone rang just a few days later. Emotion overcame them both and they just felt it was all meant to be. Martin is a die hard Batman fan (many here can relate) and this handsome boy will forever be called Bruce Wayne. Bruce made a stop at LSDR on his way out and his mom chose the perfect blue studded leather collar for him to proudly wear and off they went. You will see Bruce on the Happy Tails page soon and we can all be proud as a Village for saving another.
About Endure:
This little boy frenchie was born on 9/8/2016 and is staying with foster mom Trish. He is absolutely terrified and will need lots of time and patience to help him overcome his fears. 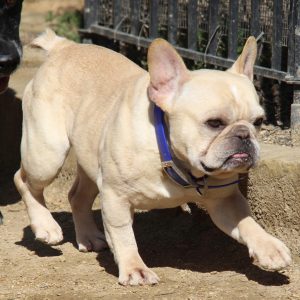 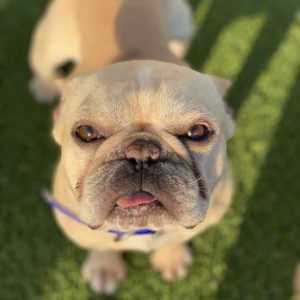 This little toad is adorable, he was oh so very shy at Trish’s house hiding and flattening.
He comes here and we are like who the heck is this little man because he’s not one bit shy and he has some sass and some spice in his step. Endure will need a quiet home, he gets a little saucy with too many other dogs playing and wrestling and he would like a calm home with just a few dogs..

He sure is cute though….

Endure came to Trish oh so very shy. Well, he’s not shy at the ranch. He’s a spicy little man who is getting into a little bit of needing to be corrected, but he will get it and understand what’s acceptable and what’s not.

Endure just oozes sweetness. He’s so very shy, but someone will be lucky to love on this little man. 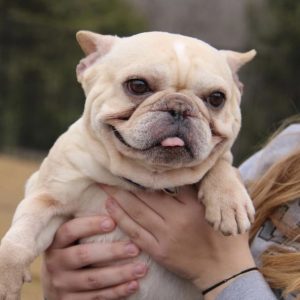 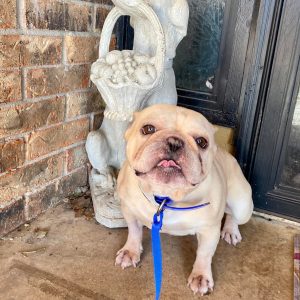