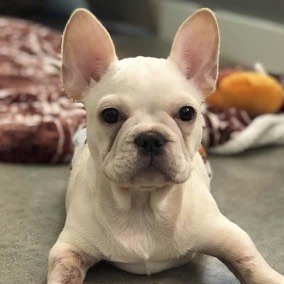 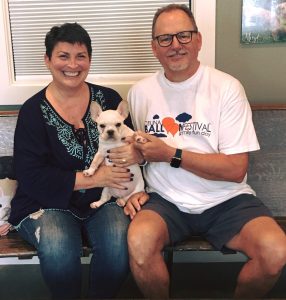 Sometimes we are a little shocked at the amount of applications that come in for just one dog. Forrest Gump was one of those dogs. A little boy who has some slight deformities that was abused by a horrible backyard breeder and taken to be euthanized because of their ignorance of taping plastic spoons to his legs.

He is healed, and he was adopted today by some very special people. Todd and Ali McCally have been long time friends and clients of Lone Star Dog Ranch. We know them very well, and any dog that lands in their home has literally won the dog lottery.

He will have two little young Brussels Griffons named Boris and Otto, to play with, in addition to a service dog Golden Retriever pup named Pippa and a little terrier mix named Hattie.

His name shall remain Forrest Gump unless it turns out to be a conflict with the rhyming of Boris, in that case they will call him Bubba Gump. He will want for nothing and we will see him very frequently as a guest of the Ranch and will be able to watch this little man grow up and thrive. 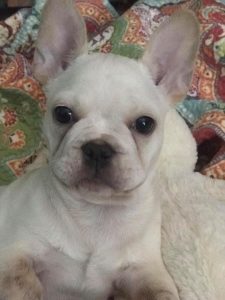 Diane Mathis contacted us about this little 11 week old puppy. He doesn’t walk normally but he gets around just fine and is a happy little sweet baby. Whoever his breeder was thought they would ” fix” him and straighten his deformity so they took plastic spoons and self splinted him and tossed him outside, the flesh began to rot and become infected so they dropped him off at a a vet and asked them to euthanize him, which they refused and had him sign a surrender form and we were contacted and he was brought to us yesterday.

He’s a very happy little pup who is wonky with his legs but it is absolutely nothing you would do to try and fix him.

He will go see Dr. Reno tomorrow and get hims tarted with everything he needs, Travis has named him Forest Gump and says that ” he’s gonna have the same opportunities as everyone else”