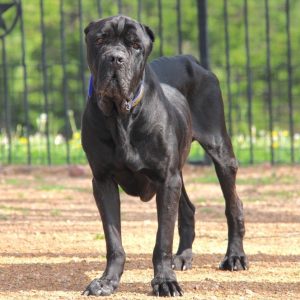 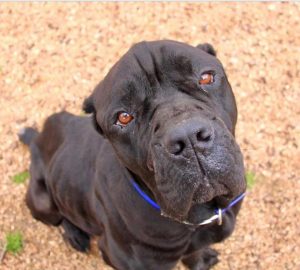 Heimdall came to us out of Dallas Animal Services as a stray that was nothing but skin and bones on March 16th. He was sick with heart worms and tested a very high positive. He was started on Doxycycline to begin the process of his treatment to kill the heart worms. About a week to 10 days later he became ill with an upper respiratory infection and he went home with Travis to keep him away from others at the Ranch.

I will touch on this briefly because Travis opted to keep his pain and loss private but he lost Sweet Baby during this time. It wasn’t discussed because we need to keep our grief private and this was one of those times and out of respect for Travis and his wishes that was how it would be.

Travis had an instant connection with this dog, he told me he reminds him of a combination between Hercules and Buick. I’m sure you all know who Hercules was but I will fill you in a little bit about Buick.

When Travis was about 8 years old we welcomed into our home a big chocolate colored Mastiff mix that we named Buick. He was dumped along a road by his piece of crap owners and he stayed there for days waiting for them to come back…they didn’t ….and he came home with me.

As a little boy Travis was always afraid of the dark at night in his room, he was sure there was a bear or a monster in his closet. Buick would go to bed with his little boy and lay on his bed until Travis fell asleep and then he would creep out knowing he had done his job. Help the little boy feel safe enough to fall asleep and then he would come and sleep in my bedroom in his big bed of his own that I had custom made by an ironworker. By the way that bed is currently in Trav’s bedroom to this day.

We lost Buick at nearly 10 years old when Travis was about 18 years old. Buick had an auto immune disease that was ravaging his body, he would have intense bouts of incredible pain as his body would attack his joints. His muscles had wasted away and he could no longer get up on his own. The decision was made to euthanize him and Travis insisted he did that himself, alone just him and Buick, it hurt my heart, but he was so brave, and I agreed and let them have this very special time together. I could not have been more proud of a young man being so brave and so strong..

Buick began the love affair our entire family had for the “Mastiff” like Satchmo with a “ Frenchie” they both paved a life long path of love for the breeds. When we lost Buick I wanted another Mastiff and discovered the breed Dogue De Bordeaux and in 2000 Vera our first red bear came to live with us. The rest is history…

This past week we were thrown into a complete meltdown of sick dogs, It started with Bubbles and quickly turned into a pandemic of our own with an upper respiratory infection that was causing pneumonia in some but not all.

Heimdall had already been on Doxycycline to help with his URI but his cough continued. We honestly believe that Heimdall is patient 0 in this whole thing and we have ordered respiratory panels on each dog that has become ill and we are waiting for those results.

Over the weekend Travis took him to the ER to have him examined to see if he had pneumonia. We had no idea that we were going to get the kind of news they called us with. The ER doctor called and said he feels like he most likely has cancer, his heart was enlarged, his liver was abnormal, his spleen was abnormal and he had fluid in his abdominal cavity. We were trying to decide if we needed to euthanize him then but Travis said while devastated to hear this news he wasn’t ready to make that decision and really wanted Dr. Rolfe or Dr. Bronstadt to take a look at the case and see what they thought..

Travis picked him up from the ER and took him home. He called ADC the next day and they had Travis bring him in for an ultrasound to see what they thought. Travis stayed with him while Heimdall was upside down on his back having the ultrasound, they said in fact his liver and spleen looked odd and his heart was enlarged, they took samples of the fluid in many places in his body to send out to pathology, Travis said he was such a good boy through the whole thing. They left and we waited for results to determine his fate, knowing that he would most likely need to be euthanized, but at least we could have Dr. Reno come to Trav’s house to do it for him in a calm happy environment where he could say goodbye and help him across the bridge.

I got the call yesterday and I wasn’t expecting to hear what they found. Dr. Bronstadt said he was just sure that Heimdall had lymphoma but the results of all of the fluid in his abdominal cavity stated it was inflammation, no cancer. The irregularities in his liver and his spleen are due to heart worms attacking his body. It appears that his body was going into an auto immune response because of the heart worms causing his liver and his spleen to respond negatively and send fluid to his abdomen, he told me he is in heart failure on the right side of his heart as well.

I asked Dr. Bronstadt if it was going to be too late for him and he said no, I intend to pull this dog all the way out of this, I said will he always need medication for his heart for the rest of his life, he said no I expect for this dog to make a full recovery once we get the heart worms killed and out of his body..

I texted Travis that I needed him to call me about Heimdall, there was too much info to text but I know that Travis assumed it was bad news that he didn’t want to hear.
He didn’t call me back for over an hour. When I spoke to him and told him what we learned and what his diagnosis actually was he was shocked, he told me that he was getting the blanket ready that Heimdall would lay on while he was helping him across the bridge. He said he took his rescue collar off and told him that he was his dog and he loved him but he would have to say goodbye.

When he learned the reality of his health he knew that this was it, the sexy black panther was going nowhere, he is home and he is Trav’s dog. So the black panther that reminds him of a cross between Hercules and Buick has very big shoes to fill, but it seems that is exactly what he will do. Sometimes a dog comes along that is meant to be, a dog that you cannot say no to and this was one of those times..

I was shocked to hear that he won’t keep the name Heimdall which is a name that Travis chose.

I asked him what his name will be and he said Barry, after Barry White..

I guess the sexy panther needs to be named after the singer of the love…..😂

So I would like to say welcome home to the Ranch, your forever home where you will always be loved..

Once again Dallas Animal Services contacted us yesterday about this boy, he was brought in by a man who says that he doesn’t belong to him but just keeps coming into his yard. Obviously the suffering has been significant, he has a collar on like he would belong to someone but right now nobody seems to be looking. Travis went down and assessed him to see if we could pull him with other dogs around. He shows interest but it’s all tail wagging and no apparent aggression. He only weighs 78 pounds is extremely high positive on a heartworm test. Travis says he smells like absolute hell, and has sores all over his body in addition to his ears being hacked off Travis said he still has very old stitches that remain in his ears…ugh…

He is on his way to the Ranch now and will be off to see Dr. Reno tomorrow morning.