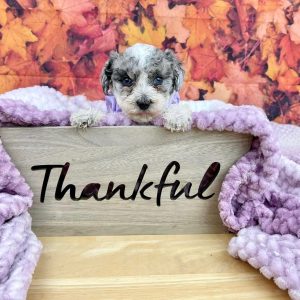 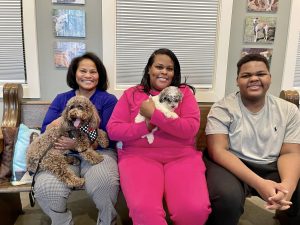 Sweet blue eyed Lambeth is being adopted by Alexandra Isaac from O’Fallon, MO. She and her mom and son Elishah made the drive from Missouri to meet little Lambeth. They are second time adopters. They previously adopted their poodle Maeson (fka Cantaloupe) and wanted to give him a playmate. Of course, Elishah was excited to have a new puppy too! Fiancé Antonio was able to join the adoption via Facetime. Lambeth thought having a poodle brother was the greatest thing and immediately started following him around and trying to play. Maeson may need a little time to get used to having a sister though. Lambeth’s new name will be Madisen. Safe travels and we hope to see Madisen and Maeson playing and snuggling together on the Happy Tails page soon.

These puppies will be ready for their adoption on Dec 10th 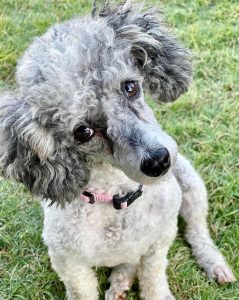