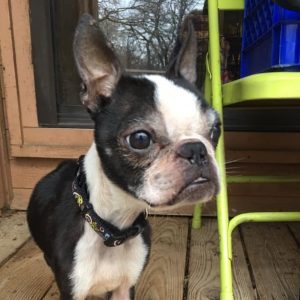 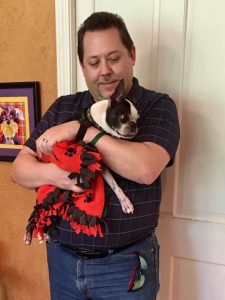 A special little man Marv has been, unbelievable condition and near death but he had a will to live and battled through it all. He is a little nut filled with spunk and yesterday Millie handled his adoption and sent him on his way.

“Little Marv was adopted by the Robb family from Little Elm, TX. Aaron has had Boston Terriers in his past and was anxious to get another one. When LeeAnn and Aaron saw Marv he touched their hearts and they knew they wanted to add him to their family. They are prior DDR adopters so Marv will have a DDB sister (formally Felicia) and French Bulldog sister (formally January). He’ll also have two human siblings to play with…what more could a little man want? Well… maybe playing lots of ball with his new dad. You’ll be missed Marv. Have a great life little one you deserve it.. you fought hard to survive”

A huge thank you to Millie for nursing this little man back from the brink of death.

This is the second little dog that we have tagged to get rushed to the ER via Ricky Barnes. All we know is he is completely emaciated and vomiting, we hope and pray he can be saved. I will update you when we know more tomorrow morning..

Dr. Rolfe called Laura to talk about Marv, as you can see hs is in very rough shape, they are suspicious of a blockage and I know that all of you know that dogs on the street that are starving will eat anything including trash and these things don’t process through. The shelter in the valley fed him and right now Dr. Rolfe said that is just sitting there so they are going to make him vomit and start over again, if he is blocked food won’t go through and could rupture his stomach. His vitals are stable so thank goodness for that but he is in no way shape or form in nothing but a perilous position.

I’m waiting to hear back from Dr. Rolfe throughout the day and I will update you when I hear more.

The update we have on Marv this afternoon is hopeful. Dr. Rolfe is hoping that the function of his stomach with the food he was fed at the shelter just couldn’t process because of his condition. His body temperature was very, very low when he came in, he is so emaciated and dehydrated that his body was just shutting down. We are hopeful we caught him in time, who knows how long this little man has been on the streets but the struggle has been significant. He is very weak and can hardly stand but they have kept him all day on fluids, and a warmer and tomorrow we will hope that the food in his belly can begin to move through.

The staff all loves him and Millie went by to see him and Sweet Pea and said they are both so sweet. Millie will foster both of these dogs for us if and when Marv pulls all the way through. To have a medical foster like Millie is a Godsend and we could not be more grateful.

Let me give you the update on this tiny little sick man Marv. I spoke to Dr. Rolfe again this morning and he said the food in his stomach has started to move and come through, he has some poop in his colon and he even pooped a little bit for them. He told me when he was brought in his body temp was around 95 which is very low for a dog with a normal body temp of 102.5 he is just skin and bones and he is absolutely filled with worms.

He has been without food for a long time on the streets and he is so lucky to be alive, with his body being so cold, no nutrition or water and only weighing 8 pounds his digestive tract just shut off and he wasn’t going to live much longer.

Once they warmed him and hydrated him he was feeling much better and Dr. Rolfe said he is a very sweet little man who likes hugs. He is sick with heart worms as well so that just makes things worse but we have to tackle one thing at a time.

They have started him on a diet of slurry dog food so it is easier for him to digest but Dr. Rolfe is comfortable sending him home with Millie who we are now nicknaming Medical Millie at her home Recovery Ranch.

Marv will be picked up this evening and begin the long process of getting well. We are so grateful for Raquel, and Ricky for running to his rescue and Sweet Pea’s rescue, and we are feeling very fortunate that we got there in time.

A quick update from Millie on how Sweet Pea and Marv are doing their first day or so.

Both are very thin especially Marv. He also has a bad wound on his leg while Sweet Pea has her leg in a cast. Good news is as soon as we got here Marv was looking for a place to potty so I took him out and he peed and pooped! I’ve been told Sweet Pea does not like to go outside and gets scared but she does pretty well on pee pads. She is very vocal when you first leave her area even scared poor Shaggy in her room down the hall but every one has calmed down now…. Sweet Pea can move fast and when she does she holds her leg pointed out to her side instead of down in front of her(will get pic later) Marv was very scared and just wanted to curl back up after he went out.. I put a couple toys in each area . For Marv one of his was a soft purple dinosaur .. he checked out both toys grabbed the purple dinosaur and took it into his crate .. look close at the last picture he’s resting his head on it.

Marv had an angel sitting on his shoulder the night he was picked up as a stray. He didn’t have long to live, his body temp had dropped to 95 and his digestive tract gave up and stopped working because he was starving to death. I honestly don’t know how he hung on as long as he did. He weighs just 8 pounds and that is 8 pounds of skin and bones. He is very lucky to be alive and he is just one of many down in the valley struggling to survive, it is a place like no other place I have ever seen when it comes to the plight of dogs.

Millie has given us this update from her place at Recovery Ranch:

“We started giving him very small almost liquid amts Friday and Saturday about 5 times a day and have graduated to something a little more solid but still mush.. I plan to add some kibble tomorrow. He’s eating great (see the pic with food on his mouth) and loves his treats. He is peeing and pooping which tells us food is moving through him. He goes outside to do his business and wants to come right back in afterwards.. he has already learned which door I take him in/out of and always beats me back there. Marv has a bad wound on his right front leg (see pic) that he’s getting hydrotherapy on twice daily. He is severely emaciated so much so that it feels like you’re just holding bones.. he is very quiet but shows a lot of interest in his surroundings and what you’re doing. His purple dinosaur mysteriously moves in and out of his crate. He has the cutest little tongue and such beautiful eyes you can’t help but love this guy!”

Marv is doing well at Millie’s he’s got such a long way to go but he is doing great, he’s got a lot of spunk for a dog in his condition. When we first saw him we thought of all of the things it might be, does he have a blockage, does he have cancer or something worse? It’s always a pleasant surprise albeit awful that he was simply starving to death…That’s an easy fix, and he is getting stronger and fatter every single day.

Marv wanted to let everyone know he is doing great! He went to see Dr Reno yesterday and has an ear infection and is Heartworm positive but over all a very good checkup. He went from approx 8 lbs at the shelter to 10.4 lbs and looks so much better. You can even see it in his feet where they have filled in instead of being just bones.. His little tail was stuck to his rear and took multiple cleanings and soakings to work it free.. still bent but starting to stand out…. Marv has found his voice and lets me know when I’m not moving fast enough with his food or wants a treat. He definitely has an good appetite and loves to eat. The purple dinosaur is still his favorite toy and he throws it around and takes it in and out of his crate depending on his mood. He is very interested in everything around him and moves fast checking out his surroundings but always has time for a snuggle and some kisses. The transformation is amazing to watch as he’s starting to feel better and have more energy.. Look out world here I come!

Marv went to see Dr Reno on Thursday and had a great checkup. He’s up to 11.4 lbs, ears were good and he was able to get his blood work and vaccines done. They have started him on Doxycycline for his Heartworms and will be on that for 30 days. This guy is a little wild man, full of energy and personality. Loves to play. His favorite play partner is Abby and they go non-stop until I wear out watching them. He is so full of life and very inquisitive about everything, especially if he thinks food is involved. Love this little man, someone will be very lucky to have him. Forgot to add he loves to play ball and bring it back, play with toys and every day is tongue out day. Who would have thought that the little man I saw at ADC that first day barely holding on would now be playing ball with me!!!

I’m happy to say there is an off switch on this little boy….🤣 Marv is doing great.. in with all the other dogs 90% of the time and has learned he can take a nap and they’ll still be there to play with afterwards.. 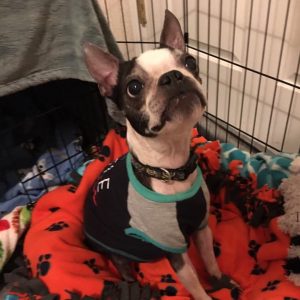 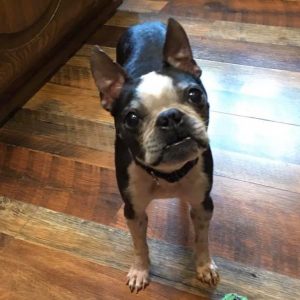 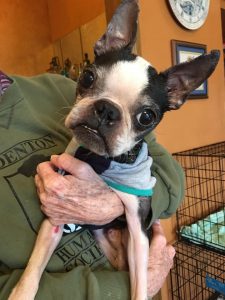 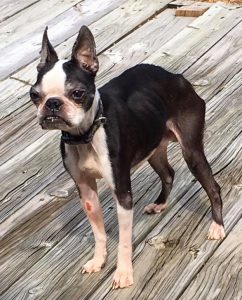 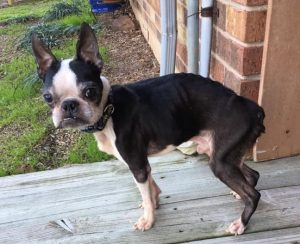