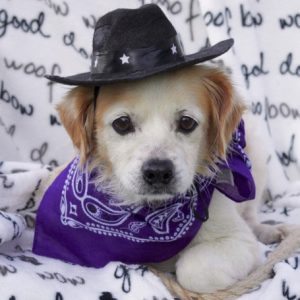 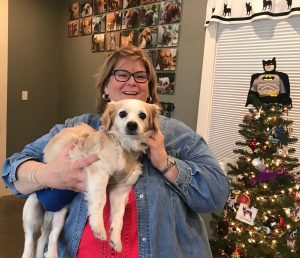 Goodness it has been a long time coming to find someone to open their heart and home to our old man Matzo, but here she is picking up her little man.

Matzo will live with Anne Hoskin in Houston, TX. Anne recently purchased her home so that she would be able to adopt a dog and have companionship. She specifically wanted to adopt an older dog and is so excited to have Matzo come to live with her. He knows how to use a dog door from living at Cassandra’s house for so long so Anne is putting in the exact same door that he knows how to use.

Cassandra was so happy for this little guy and she said that he was the best and easiest foster dog she ever had and was shocked that he had so little interest.

His forever name will be Matzo Man, and he will have 2 cats to live with named Mr. Squeakers and Spike III will be his cat siblings.

I will never forget your wagging tail in that shelter of doom down in the valley, and I will always smile now and think of you going home with your new mama by the Christmas tree.

We are so happy for you Matzo Man

Generally people think that owner surrenders are a sad thing to hear about, we have ideal thoughts that a dog is loved and cared for and then their loving owner takes them to a shelter and drops them off. That fantasy in all of our heads needs to disappear. Let’s face it a loving family or owner doesn’t have a dog in this condition, and certainly doesn’t not give a crap about dropping them off at a shelter. This dog didn’t have a loving family, he had an “owner”

Matzo was one of those dogs, he was dropped off at Palm Valley Animal Control 5 days ago. He has clearly lived a very bad life, he looks like a dog who just lived outside. He is heart worm positive, he was covered in ticks, he is frightened and timid and yet he still just quietly wags his tail.

The best thing that happened to him was his “owner” dropping him off at the shelter…..but he was one of the very lucky ones that was rescued, he won the lottery, his ticket had the winning number, thousands of others just like him won’t get out alive.

He was examined by Dr. Reno this morning, here is what she reports. He is a very old man, covered in ticks, his mouth is full of rotten teeth, he has cataracts, he has bad knees and bad hips, he is heart worm positive and most likely has mitral valve disease and heart worm disease in his heart.

Travis said he was just a very good boy while he worked on him last night, scrubbing him, and plucking the ticks off of every inch of his body. He’s not fond of the young whippersnappers he was rescued with because he’s old and isn’t a fan of their nonsense, but he is still very sweet and quietly wags his tail.

He won the lottery, mind you it was late in life but nonetheless he will now be taken care of and will live his life in a way he has never known before.

Welcome to your new life, Matzo 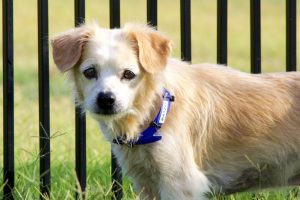