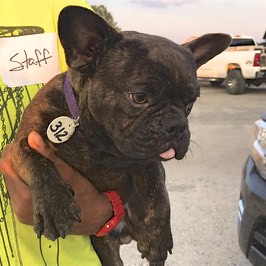 We had an adoption in Chicago for the first of our “cheese boys” Monterey Jack has found his forever family.

Montgomery Cheese is officially a Cubs fan. He has been adopted By Susie and Rick Caprio in the northern suburbs of Chicago. Both Harley riders, they had swag waiting for him when he walked through the door.
When Monty isn’t spending time with his dad who has a home office, he will go to work with his mom and hang out with his Frenchie cousin, Bentley. The summers should be a fun, new experience for this boy as his humans vacation every year at an incredibly dog friendly family resort in Northern Wisconsin.

The jury is still out on whether or not Monty will remain his name, but by the way he commandeered Susie’s lap and fell asleep – I think she’ll have ‘dibs’. Chicago people know what I’m talking about. Happy, happy life little man! 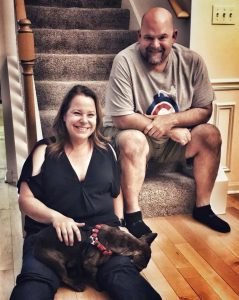 This boy is just nine months old and is brother to Colby, who we also secured at our most recent puppy mill auction. He is a handsome little man and will be fostered by Cate and Nicole in Chicago. Keep an eye out for update on both of these boys because as soon as they have been assessed physically and medically, they will be available for adoption. 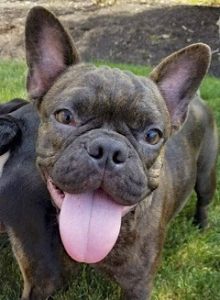 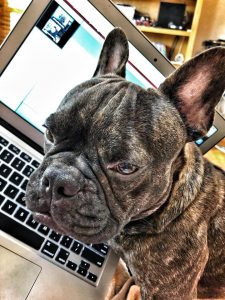