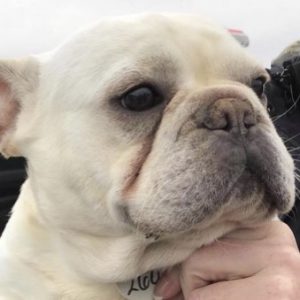 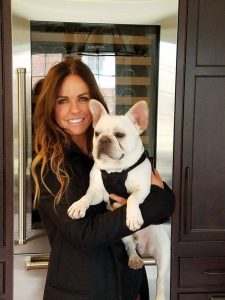 Man oh man, Travis was so happy we didn’t bring this handsome boy back to Texas with us, but it turns out he would be adopted by a Texan none the less..

Today was the adoption day for Moose Tracks and Cate handled the transfer from foster to his new mama.

Moose Tracks has hit the road with his new mom to start his life down in Dallas. His DRR alumni sister Etta/Maxine is waiting for him at home. I warned Carrie (his mom) that should she ever decide to board him at the Ranch to get his chip checked when she picks him up to make sure Travis doesn’t pull a bait and switch.
This guy was TONS of fun to foster and the Chateau will be a little too quiet tonight.
Moo made gigantic strides in the short time he was here – definitely a bright light in his huge attic of a noggin.

I met this boy in the back room and gave him a little kiss on his face and told him I wouldn’t leave without him. When it was time for him to be in line for the table he was held by an attendant and he locked his eyes on me. It literally causes me physical pain when that happens because I’m terrified I’m going to lose the bid and he will then become a permanent scar. I didn’t lose the bid, I won the bid and I took both Chunky Monkey and this boy leaving the mill owners angry.
He was born on March 17, 2017 and is not even a year old but he is the father of the unborn pups with our pregnant mama who is riding in style between the two front seats.

He is the third and final Frenchie on his way to Chicago.