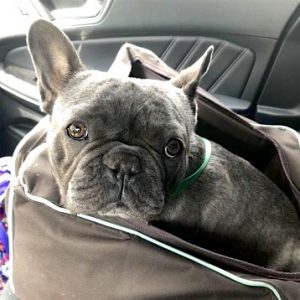 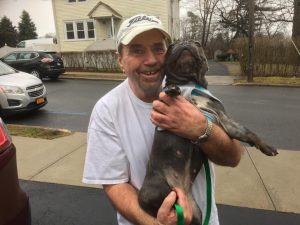 This has just touched me in a way that I’ve never been touched before. I am simply just blown away by our volunteers and our village sometimes and this is one of those times..

To have this heartbroken man crying on the phone just a few days ago because he’s lost his Glendola, his wife and his Frenchie Gracie before that, forever and ever… and have him say he just can’t be alone…to these pictures.

What can we say about Ricky Barnes that hasn’t already been said, to drive across the country to heal a man’s broken heart out of the goodness of his own just reminds you that there is goodness in this world you just need to look for it.

Today is Tim’s birthday and Ricky delivered the best gift he could ever want. Poncho Rita was so happy to meet him and Tim was so happy to have her. He just said he couldn’t love us more..

Her name shall be Rita and she has the full time job of loving Tim and I think that’s a pretty easy thing for her to do.

We wish you the happiest life together 💓T

We were contacted by Diane Mathis from Lone Star Bulldog Rescue about this girl right here.
We are told she’s not quite two years old and belonged to a breeder, who took her to another breeder to be bred.
The second breeder said that she would not breed her because the dog’s breathing was so bad. With that the breeder who owns her said she doesn’t want her anymore then.
That’s where we come in –  she’s been dropped off with Dr. D and will figure out what’s wrong with this girl and help her if we can.

She came with the name Poncho Rita and I thought that had some flair so that’s what it will remain. 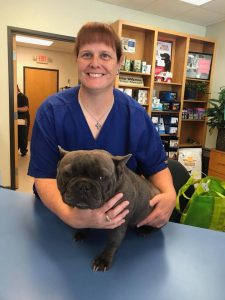 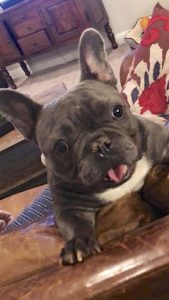