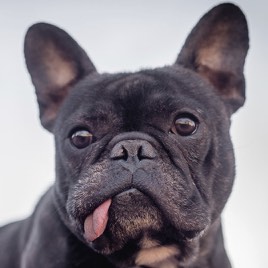 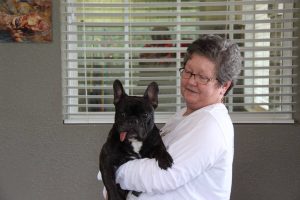 Popeye has officially left the building! Off he goes with Deb Kennedy who drove from Florida to pick up her new man. Popeye will have the luxury of not one home but two homes, part of the year he will live in Michigan, and when it gets too cold he will load up like a snowbird and travel to his second home in Florida.

Far, far away from living in a mill.

We wish you nothing but the best of the best little sailor man. 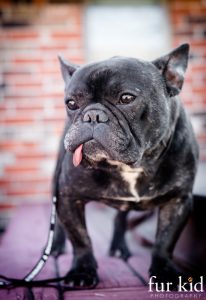 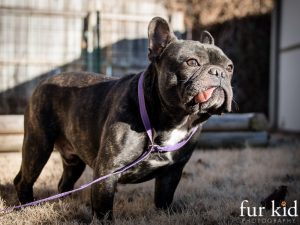 Popeye was rescued from a mill in Oklahoma along with 4 other Frenchies. He is estimated to be around 5 years old and is currently being vetted in Oklahoma.

Update from his foster mom on who Popeye is:

Popeye is about 5 years old, but does still enjoy romping with the fosters and house members and was not nearly as fearful of humans after the first night. He soon learned that the metal bowls meant food was on the way, and he does have a good appetite. He is great with dogs, cats, and people (and probably children) and we are working on his potty training. Right now, his freedom is overwhelming to him and he gets so excited about the attention, sometimes there is a puddle where he was standing. With love, patience and a stable home, he will make a wonderful family member.