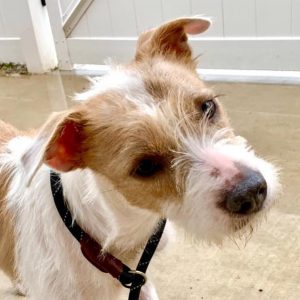 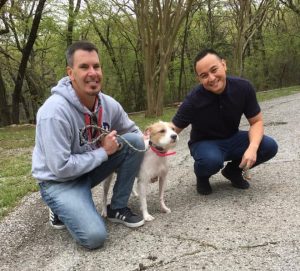 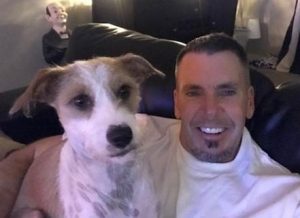 This adoption is a very special one that I also need to take some time telling you the story. I know that all of you know Shaggy’s story, drug by a car with the bones in here foot exposed last Thanksgiving. It has taken months to rehabilitate her and several surgeries but finally she was ready to be adopted.

Several months ago we were contacted about her by Darren and Jahmar a couple of months ago from Phoenix, Arizona inquiring about her. From here I am going to share with you their email to us and let your read it for yourself.

A little over a year ago, we lost our dog (Skip). He was my pride and joy for 19 YEARS!!! When the time came we decided to hold off a couple years before getting another dog. I am 50 and have had at least one dog literally since the day I was born and wanted to take a couple years to travel freely etc. After about a month, I saw a posting about a little guy named Fritz. Fritz was found running down the freeway and it took 3.5 hours to catch him. At the time Fritz was about 6 months old. Fritz was taken to a no kill shelter where he remained for two years. When I saw his story and then looked at his pictures, a very strange feeling hit me like a ton of bricks and it was “This is your dog”. So over-ruling my plan of waiting two years, I immediately contacted the shelter to express my interest. They explained to me that Fritz had a ton of interest over the last two years but his first impression to visitors was not the best because he has lived his whole life in the shelter after a traumatic incident. We filled out all the pre-paperwork and went through the process. Once approved, we rushed to meet Fritz and as explained, he wanted NOTHING to do with us. Fritz spent the half hour visit barking at us and it was easy to see why this dog had never been adopted. I could see the hopeless look on the face of shelter worker. The “this is our dog” feeling that I felt looking at the initial photos came over me once again, I looked at the worker and said “We’ll take him”! Her face turned to shock and then tears started rolling down her face as she said “we thought he was a lifer”.

A couple days later, the same worker delivered Fritz to his new home. They had mentioned it was probably a good idea for us to crate him because that’s all he’s known for his whole life. So we had prepared a nice crate for him and when he arrived, he instinctively ran directly to the crate where he remained for 12 hours. This is the first photo I took of our little guy from that day.

I allowed Fritz all the time he needed and did not pressure him to come out. That evening, I laid on my back in front of his crate and just started to work on emails. Within 15 minutes he slowly inched out and curled up next to me. With help of trainers and much love, Fritz has turned into the most amazing little guy. The shelter cannot believe it’s the same dog and to be honest, neither can I. He was so lost and frightened, I even had my doubt at times. One year later, this is my little buddy today:

When I read Shaggy’s story, my heart started beating quickly and that same feeling of when I first saw Fritz came over me again. With that said, I would really love to be considered to give Shaggy his new forever home. As you can see from the pic below, Shaggy could pass as Frit’s sister and their stories are so similar.

Thank you for reading this extended email. I gave this a lot of thought and slept on it prior to reaching out. When I woke up this morning, Shaggy was the first thought on my mind and knew I had to at least reach out. I’m wondering if you consider out of state applicants? If we were approved and blessed to get this little guy, we’d be in the car and on our way to Texas!

Thank you again – Hope to hear from you soon.
Daren”

Yesterday they both flew in from Arizona to meet their new girl and Millie handled their adoption and added these details for us:

“Daren and Jahmar took a chance and flew in from Phoenix today to adopt Shaggy. They had been waiting patiently for her to finish her medical treatment since January. Daren said when he first read Shaggy’s story his heart told him “this is your dog” … you see his current dog Fritz is a terrier who looks a lot like Shaggy plus he was very scared and had been in the shelter for almost two years when they adopted him. With time, trainers and much love Fritz has turned into an amazing dog and they’re confident that they have the time, patience and love to help Shaggy through her issues to become the dog we know she can be. They are thinking her new name will be “Fergie” so it will be Fritz and Fergie from now on. I will miss this sweet girl …. I feel honored that she learned to trust me. Have a wonderful life Fergie and I’ll see you on the Happy Tails page.”

Now yesterday I spoke of kind of a cosmic pull between Bryanne and myself with her dogs she has adopted but this story is further proof that there is something magical that is happening in this world that I feel many of us just simply don’t understand.

Look at those pictures of Fritz and Shaggy together in the second to last picture, it is simply an amazing story and when they contacted us we were so happy for this little girl that is so terribly frightened. How fantastic is this story?

She has been seen by Sharleen’s vet in Victoria TX his name is Dr. Mark Besancon from Cross Roads Veterinary Clinic. It’s obvious that she has been hit and drug by a car. She found herself  in a shelter in the valley and we scrambled to get her out of there and get her the much needed medical care she needs.

They are getting her medicated, cleaning her wounds up, and dressing her foot. He is honestly optimistic that there is still hope for her foot. He discussed 3 scenarios for her foot the first would be one would be amputation, the second would be wound care, splints and time to see if full stability is gained, the third would be surgery with a plate to offer stability.

We will keep her with them for a bit while we know that her pain is managed as we begin to look at moving her up here to our specialists to get a look at her.

We got a little update on how Shaggy is doing in the hospital:

This girl has stolen everyone’s heart!! She is a love bug!

They said her foot is looking good and the vascularity is looking good also. She is getting aprox. 25 minute epsom salt soaks when they do her dressing changes. The tissue is good and pink and the edges are beginning to draw in slightly.

She is enjoying her trips outside now and while kenneled she makes sure everyone who happens to pass by her kennel pays attention to her.

She is adorable and looking so happy as she recovers.

Shaggy has been successfully transferred to the Sanctuary.  She is friendly, but very fearful of people and her new surroundings. She typically doesn’t put weight on her injured leg and we really aren’t sure if that will happen.  She will continue her treatment with Dr. Reno as she continues to heal. 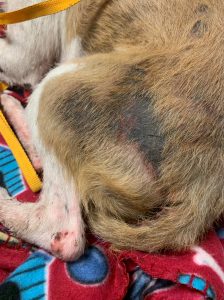 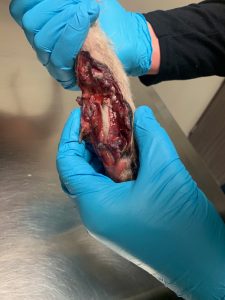 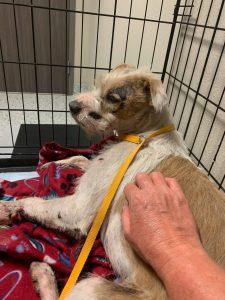 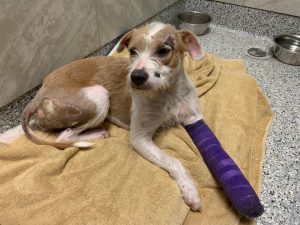 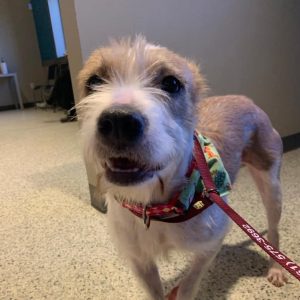 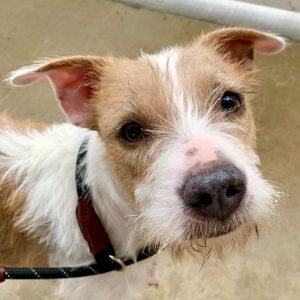 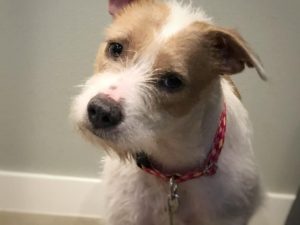 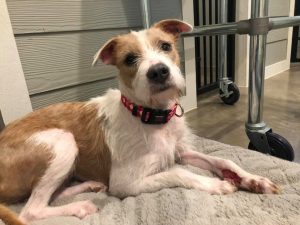