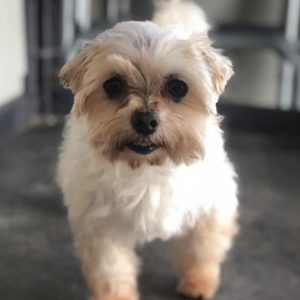 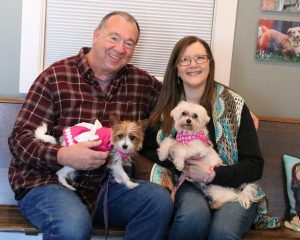 Today was the day for Snow Cone to go live with her new family. She is being adopted by Terrie and Ed Boyd from Richmond, TX. They recently adopted Kabob (now known as Lillibeth) and have waited for Snow Cone to wean her puppies and get spayed before they could take her home. Snow Cone will now be known as Annabelle. Terrie and Ed were so excited to pick her up and even brought matching harnesses for the new sisters. We are beyond thrilled for this family and know they will keep us updated on their two girls on the Happy Tails page.

This little shy girl with horrible teeth has cleaned up pretty nice. She’s learning that the volunteers are quite nice and she seems to like their affection too. Off she goes to the doctor to find out if she has been bred as it was claimed during the auction.

Snow Cone is a Maltese and she was bred before she was auctioned off with a red Poodle. She gave birth in December to three mixed breed pups.  She is doing very well at Maternity Manor and is an excellent mama to her little trio. 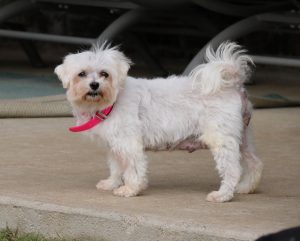 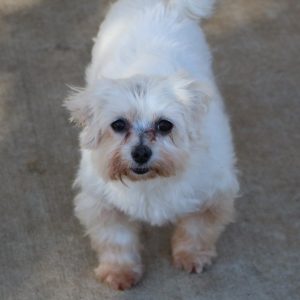 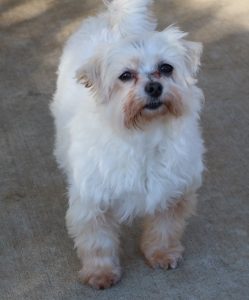