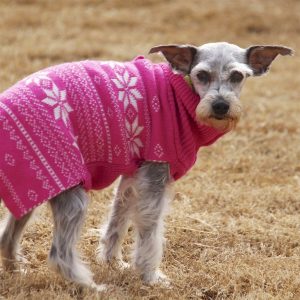 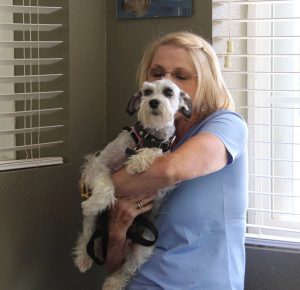 When I met Toffee in the mill auction she was huddled up with Miss Kitty and her red coat. They were both too sweet to leave either behind and so when I succeeded in getting Miss Kitty, I took Toffee too.

Little did I know that she was carrying a very large load of precious cargo that we would find out weeks later about.
Her mama, Melanie Bradfield from Weatherford, TX, was fully approved to adopt and was shocked to learn that Toffee was pregnant and that she would need to wait for a couple of months before she could take her home. We contacted her and she remained steadfast and said that she would be waiting for this sweet girl until her life of motherhood was completely over.
Last week she was spayed and today she leaves to her forever life. Her name shall remain as Toffee and with this adoption the Ice Cream group has officially all been adopted now.

We wish them both lots of love and a happy life together!

At auction I fell in love with her gentle soul while I was talking to the little Schnauzer in the red coat. She happened to be the dog that was designated her cagemate to the “housekept”. She was lovely and I wasn’t about to leave her behind so I didn’t.
She is now safe with us, her date of birth is 10/10/11. She’s six-years-old and has worked life long enough as a breeder dog. 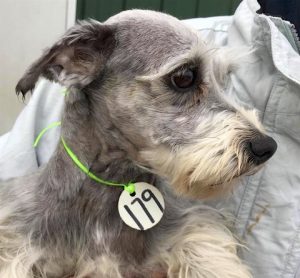