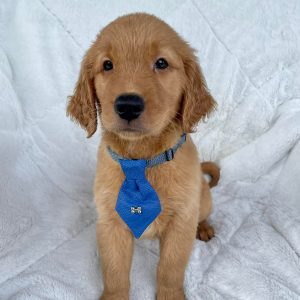 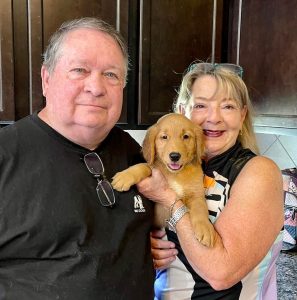 Wasabi is going to live with Sandy and Dan Owens in Denton, TX. Sandy is a relative of our very own DRR volunteer dog groomer Liz Ross. Sandy reached out to Liz and asked if the rescue had any Golden Retrievers and that coincidentally was the same time that pregnant Dim Sun was rescued. This family has had many Golden Retrievers and absolutely loves the breed. They lost two of their Goldens last year and wanted to add to their pack. Wasabi will grow up with their other Golden Retriever named Harper who is just a year old. Their son also visits often with his Golden Retriever, Ziggy, and St Bernard, Foster. All of their dogs are named after beer so Wasabi will now be called Augie. We wish you the happiest life Augie!!

About Wasabi:
Surprise! #6 is a boy weighing 12.1 ounces. He will wear a blue collar.
Say hello to Wasabi. 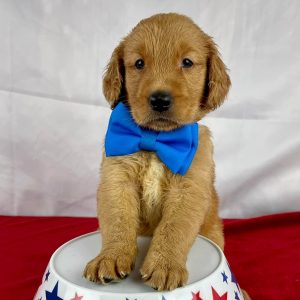 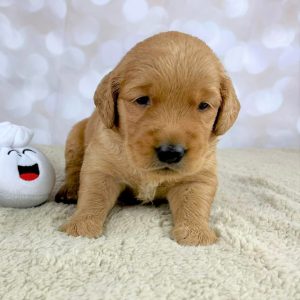 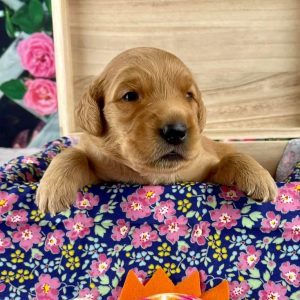 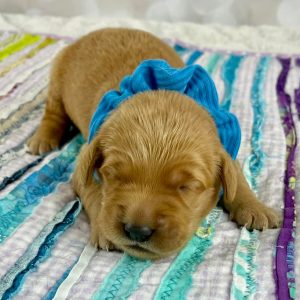 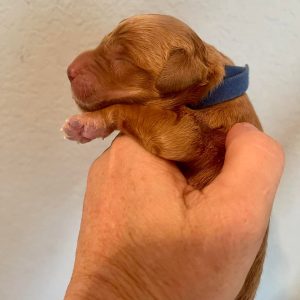 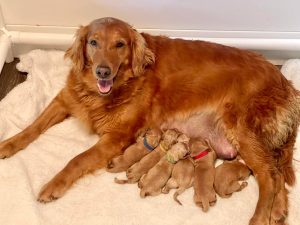 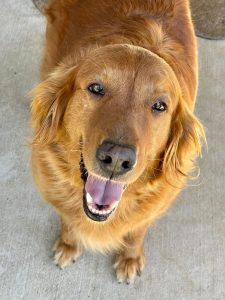