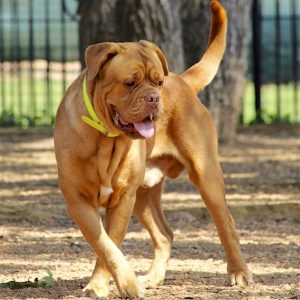 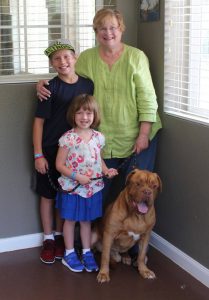 He is going to live with Connie Crist in Frisco, TX who previously adopted our foster French Bulldog named Frannie. Connie is retired and emailed to tell us that she had a real itch for her own read bear and felt like Willie would fit that ticket. Connie’s daughter is a veterinarian so Willie will never want for medical care with a sister in the business!
Willie Nelson will now and forever be called Henry.
We wish you all a very happy life!

As you know he came with a story from some people in south Texas that called animal control to come and get him holding a baseball bat and they exclaimed that he was dangerous.

Of course we took heed and kept a very close eye on him for the past month.

What we have witnessed is a very quiet laid back Dogue. He has not one ounce of aggression to a human that needs a baseball bat. I have no idea why people say or do the things that they do but thankfully even the animal control officers realized that this information they were given appeared to be false and told us they had doubts about what they were told.

He’s been with Julie now for a few weeks and what she sees is a very sensitive and lazy Dogue. He is not a playful dog and would prefer a quiet laid back home where he could be the couch potato that he wants to be. He loves a good bed, human or dog and loves the comfort of his human. He wouldn’t enjoy the company of living in a home with dogs that are rowdy and want to wrestle, it’s just not his cup of tea.

If you are looking for a quiet bear, a loving bear, and a lazy bear to relax in your home with you then Willie Nelson might be your guy.

We became aware of this big boy down in the valley in Edinburg, the same place Koufax came from.

This area is 12 hours away from the Ranch and we only have a handful of people to help us down there. Terry Hathaway and Romelia Mauricio went to work on him for us. The owners claimed he was aggressive but animal control noted that he was not even jumpy and hadn’t shown any aggressiveness to anyone there. Romelia went straight to the shelter to meet him, everyone said he was very sweet and that’s what Romelia saw too, he was walked past lots of dogs, big and small, and had no reactions to any of them.

Terry noted that this dog has lived in a house, he has no hesitation to go in the door, he has no callouses from laying on rough surfaces outdoors. He is heart worm positive but seems to be healthy otherwise, not neutered but not thin. Terry had to go out and run some errands and left him in her bedroom not knowing what he would do. She came home to find that he was a creative thief. She had put all the shoes inside a cabinet but came home to find one slipper on the floor, he opened the cabinet, took the slipper and closed the cabinet door like he had never stole anything. He made himself at home up on her bed and took himself a nice nap.

Terry’s husband Cal came home to meet him and reached to give him a little pat on the head and he ducked away as if he was going to be hit. It gives you pause as to what has happened here with this dog.

Julie was responsible for naming our first rescue that we welcomed since she has moved to the Ranch, she gave it some thought and came up with a splendid name. He will be staying with Travis and nobody else. He will be given lots of time to rest and decompress and we will then figure out who he is but that will be Trav’s job and nobody else will participate in that.

If these people have beat him and he was aggressive in order to defend himself then so be it. Nobody will ever beat him again and we will work hard to understand who he is, what he needs and go from there.

I would like to welcome to Dog Ranch Rescue, Willie Nelson. 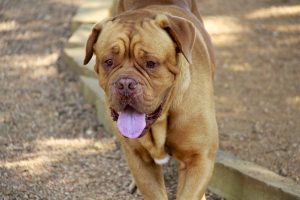 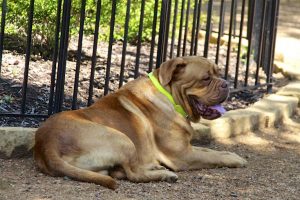