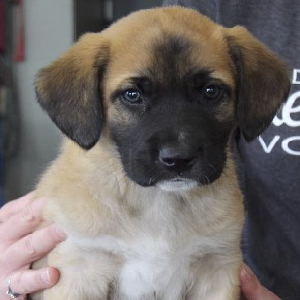 After having a rough start in life by being dumped out in the country to die we were thrilled for Wilson to be adopted by the Tipton family from Abilene, Texas.
His new mom, Donna, is a nurse who works from home so she will be able to continue his house training and meet the needs of a baby. They are still deciding about his name, but Wilson will have two other dogs to play with in his new home and never again will he be left on a country road.
Have a very happy life sweet boy. 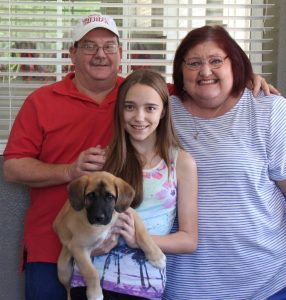 This sweet puppy was dumped on the property of the woman who found our Blueberry Luv out in the country.

He appears to me to be mostly Great Pyranees. He has the face, the size, the tail the double dew claws and some fluff to his coat. It’s hard to know his age he could be six weeks he could be ten. He’s had his first round of vaccines and we will keep him in a foster home until he gets his second round as well. He will be adopted out on a neuter contract.

Welcome to the Rescue, Wilson. 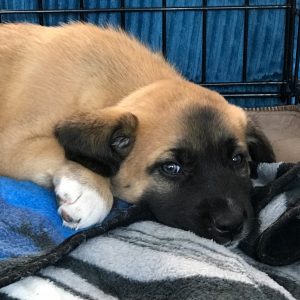