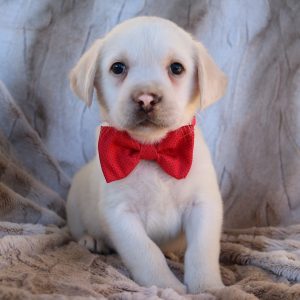 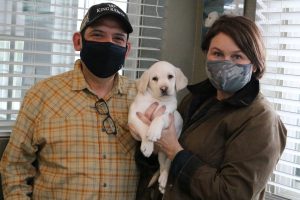 Bill T (aka Big Sexy) is being adopted by Cheslee and Mark Escobedo from Wimberley, TX. The family has 3 other dogs. Rocky is a mixed breed, Fiona is a Great Pyrenees and Dolly is a lab. Dolly is a DRR alumni whose rescue name was Chill. Cheslee said that when she saw Autumn Dove on the rescue page, she initially thought it was Dolly because they looked so much alike. Bill T is a character who loves to bark and play so it is wonderful that he will have 3 large dogs at home to play with. Both Mark and Cheslee are home during the day which will be very helpful when it comes to potty training. They are undecided on his name and would like to spend some time with him and get to know his personality before deciding on the perfect name. The promised to let us know his name on the Happy Tails page soon.
Enjoy your new family Bill T.
About Big Sexy:
This boy puppy will have a red collar and be named Big Sexy.
My son passed away the first of February just before the conditions of COVID were coming to light … he had both lungs full of pneumonia and started having heart issues and once in the ER he just couldn’t pull thru … he was 28 and an officer at a major penitentiary… his nickname given him by the men he worked was Big Sexy and that name came out during the last rescue , but everyone else called him Bill T … he was a wonderful young man and loved everything that Lone Star Rescue did … 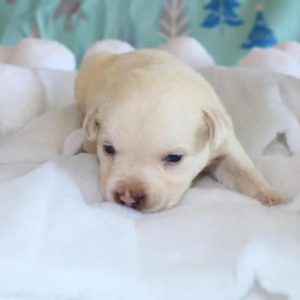 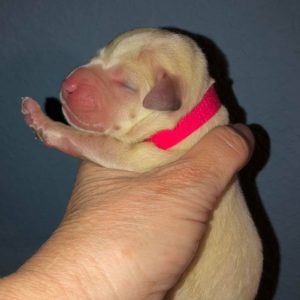 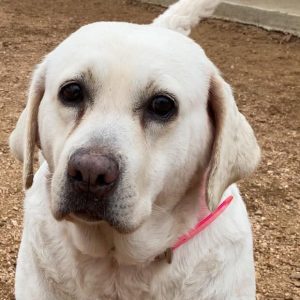