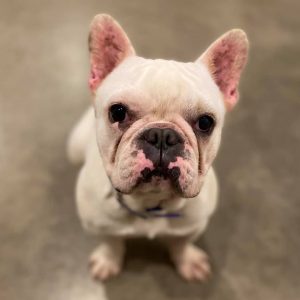 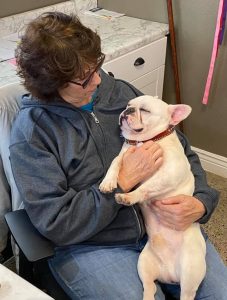 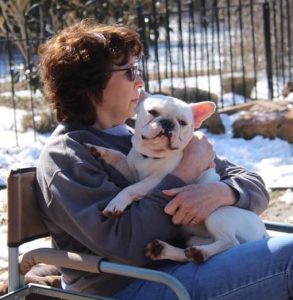 I learned along time ago that life is short, you never know what’s next. We live in precarious times and the world has felt like it’s been upside down for a year now. The last thing I “need” is another dog…everyone knows that.
But….sometimes magic sauce happens, we discussed this in a podcast, it has happened to me a few times and it has happened to my kids too. You know in a moment, you know that you’re doomed. I have tried to push it away and not cave right away except with Pinkie, she never left my arms from the auction house. The times I failed was with Kitty, Loretta, and even Bessie I tried to just say no, I did not take them home right away and sometimes it was weeks and weeks.
I first saw him in the morning when Ricky takes all of the new rescues pictures outside the auction house, I was supposed to pick the smallest male and send him to Trish in Oklahoma along Ricky’s route to Texas. I knew that Billy Idol was the smallest but I didn’t want to send him, I wanted to see him.
As soon as he arrived Travis and I both knew in an instant that he was a special one, we both pointed to him at the same time in the cage release and said that one, with a smile on our face. We scrubbed him clean, the scabs all over his face, his ears, his legs and his belly. He had been bitten so many times, his ears were bleeding and infected. I left him at the sanctuary and put him out of my mind but those darn volunteers photograph the rescues and send the pics so I can use them to post every day. Each time his photo came in with the haw showing on both eyes, each time there was the pink and black eyeliner, each time was his silly naughty play and I was feeling doomed.
Several days went by and Jessica texted the captains and said bring Billy to the Ranch and then Pam loaded him in her car on her morning shift at the sanctuary and drove him to the ranch. I was still strong and he stayed at the ranch for many nights as I continued to push him away. Then Loverboy beat him up and we had to come to his aid, then the snowstorm hit and he fell in the pond through the ice when it was still thin. That was enough for me and I scooped him up and took him home to foster him. Perhaps he wouldn’t be a good fit and if he wasn’t then Laura would find a good home for him.
There wasn’t anything that made him not a “good fit” I find when you have a dog that makes you smile just by looking at them then you’re in trouble. I go back to what I opened with, I learned along time ago that life is short and you should do what you want as often as you can. It took me a week or so before I knew he wouldn’t go anywhere, all the while being harassed by family and volunteers and Laura demanding that I poop or get off the pot because she’s got lots of applicants that want him…

She’s so mean and so demanding!!!
Jessica said what are you going to name him, I said I don’t have a single name in mind, I looked through lists of names I typically search social security lists from the 20’s or the 30’s as I like people names that are old. I found nothing, I kept looking at various name sites and I found nothing. He is a very sensitive dog, he is very calm and quiet and nothing suited him.
Then out of nowhere the name Levon pops in my head, I have always been a fan of Elton John, I have many of his songs in my iTunes. I know the song Levon but it wasn’t one of the EJ songs in my playlist but yet out of the blue pops in my head Levon. I googled the song and listened to it, it has some whacky lyrics that don’t make sense but the chorus gave me goosebumps on my arms. That was it, that was his name, it fits him perfectly..
And he shall be Levon
And he shall be a good man
And he shall be Levon
In tradition with the family plan.
Once again another one has me at hello…
Billy Idol he is not….but I want to welcome to the family Levon James
About Billy Idol:
This boy was listed in the catalog with his AKC call name Money Makin Bozo..
Catalog says he is AKC and APRI which is a joke of a registration company that will literally register any dog mixed breed or whatever…says he is very friendly and easy to collect…great prospect!!
Born on 8/15/18
I just say he is absolutely scrumptious and we shall call him Billy Idol 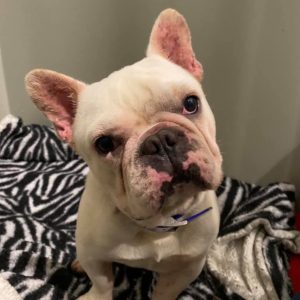 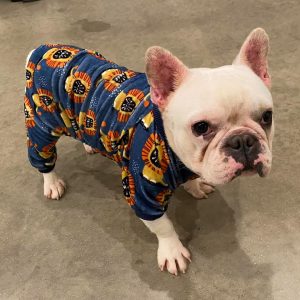