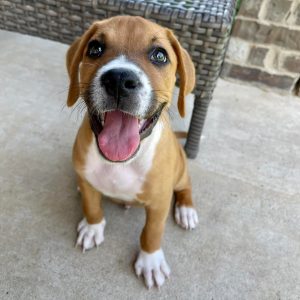 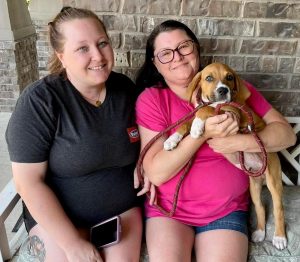 And off goes Billy The Kid to his new home. He is going to live with Angela Crawford from Little Elm, TX. Her daughter and grandkids recently moved in with her so Bily will have lots of humans to snuggle with on the couch. He will also have another puppy, a 4 month old female boxer mix named Pepper, to play with. Angela lost her pit bull Jack last week and felt like Pepper was lonely. She has been a village member for a while and has followed along with the story of Annie Oakley and her puppies. Billy was always her favorite and when she saw he was available for adoption she jumped at the chance for him to join her family. He gave them great big puppy kisses and tail wags as soon as he saw them. Originally they wanted to change his name to Cooper but after meeting him they have decided to keep the name Billy! The entire family is so excited to get him home and start spoiling him. Angela has already joined the Happy Tails page and promises to share updates often.
Happy life sweet boy!
About Billy the Kid:
This little boy wearing a brown collar weighed 1 pound 5 ounces.
Mama is a Mastiff mix who was a stray in the shelter.

UPDATE 5/14/2022
We need a new home for Billy the Kid. He’s one of Annie Oakley’s pups. She’s a Mastiff mix and he’s going to be a big boy, most likely around 80 pounds. Jenn says he’s very sensitive and cries out a little bit if he gets scared. So a boy like this needs to be raised with people who will socialize him and get him out and about in the world before things get too scary for him. I love the video of him with Jenn’s Yorkie pup Raisin just flying past him and in typical Mastiff fashion he’s just too lazy to try and catch up.

He was returned because his teeth are sharp and they couldn’t stop him from baby shark biting them. Let’s not focus on that because we all know it’s silly and to be expected with puppies.
This little sweet loving man needs a new family. He would love to have another dog in the home that he could play with and a family with experience with raising a pup and what that requires. 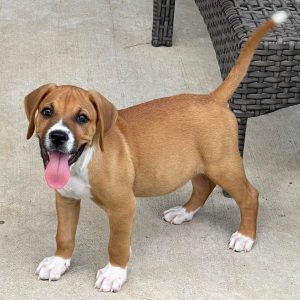 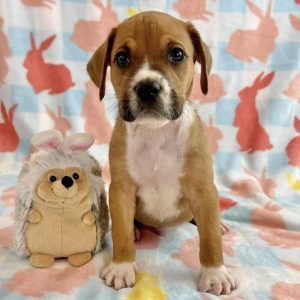 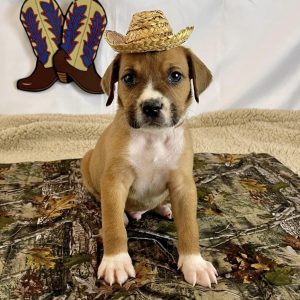 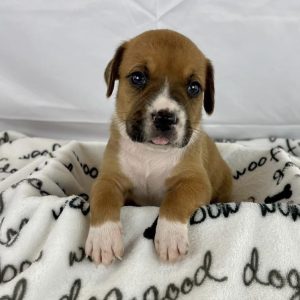 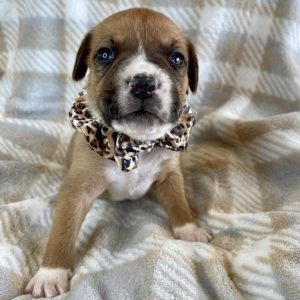 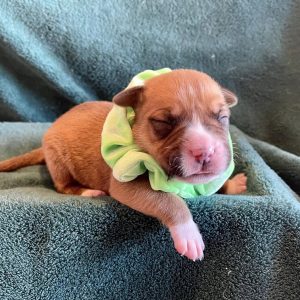 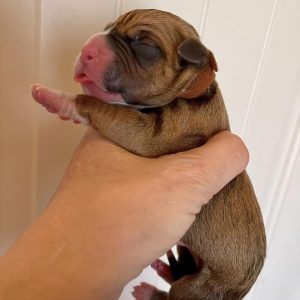 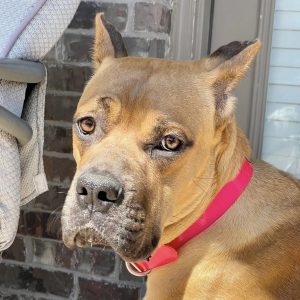