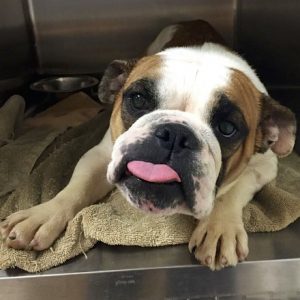 When we first saw Brisket at a puppy mill auction, she was sitting on the lap of an Amish boy waiting her turn to be on the table for sale. She stared into his face hoping he would love her, he did not, instead he pushed her face away. She was by far one of the most loving, sweet dogs we have rescued, and she affected all of us here at the Rescue.

After Dr. D evaluated her, she had infected ears and skin, was very, very skinny, and all of her teeth were completely worn down to nothing, many of them with the root completely exposed. The only solution was to have surgery on her entire mouth and cut all of her gums open and remove them. We decided to perform her dental surgery and spay so that Brisket could move on to be adopted into her loving forever home.

After her surgery as she was waking up, Brisket had a massive seizure which caused her heart to stop. Dr D worked for over an hour to revive her but Brisket just wasn’t strong enough and she passed away. All of us and so many of our Village followers were simply heartbroken about her death. We all took some comfort knowing just how happy she had been surrounded by love, comfort and plenty of food for the short time she was with the Rescue.

Brisket’s ashes now rest under a special memorial tree in front of the Ranch with Renee’s dad who will hold her close which she so dearly loved. 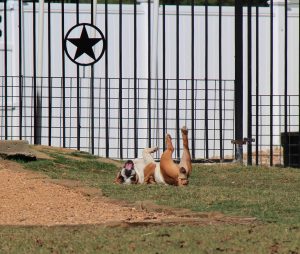 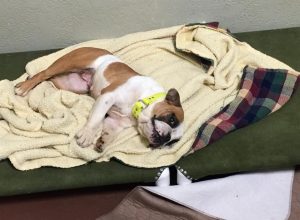 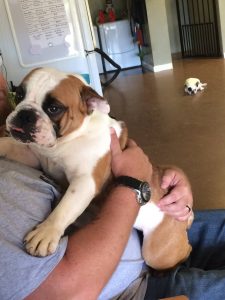 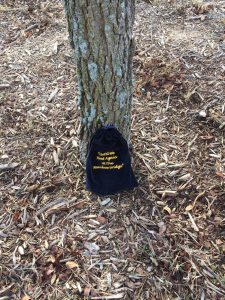