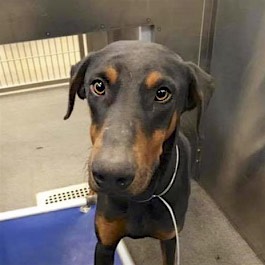 Some of the dogs you rescue touch you deep down in the middle of your heart. Commissioner Gordon is such an amazing spirit that it’s hard sometimes to communicate that effectively with only your words and pictures.

Today he was adopted by Jenn and Jason Kling from Plano. Both are huge Batman fans, and Jason happens to be an amputee himself having lost his right leg 10 years ago in an accident.
They have a little Frenchie name Moe who was looking for a good friend and these two are a fantastic match. His name shall remain Commissioner Gordon and we feel like he couldn’t have landed in a better spot.

We wish you nothing but the best Gordon, you are one in a million! 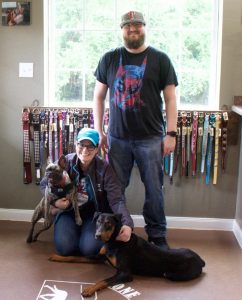 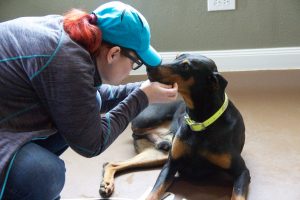 We tagged this handsome, small Dobie that was in a Dallas shelter and was found as a stray with an injured back leg. It is very bad, very swollen and looked to me when he moved on it that it is broken. Dr. D agreed and will see him as soon as possible to x-ray and examine him.

He was so dirty that he looked a little bit like a blue Doberman but once he was bathed you could see that he’s very black just covered in filth.  Travis said he never complained about moving him around and touching his leg, it’s terrible that they just learn to live with the pain.

Gordon’s leg was just too badly broken and had been broken for several weeks. It was determined that the kindest thing we could do was to remove the leg. He has come through that with flying colors and is running like the wind.

Gordon is a very young active boy full of life and gets along well with all dogs and even cats. 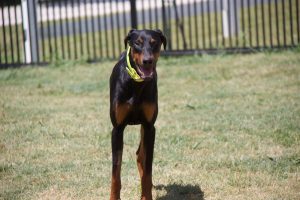