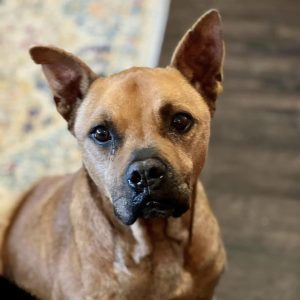 Age: Senior
Sex: Male
Breed: Mixed Breed
About Everglades:
4/13/2022
The unwanted dog.
Estimated to be 10 years old, known to have been in the shelter for 6 months and no matter how hard the shelter staff tried nobody wanted him. We rescued him in January and he was pushed into isolation to make sure everyone could recover from so many illnesses.
One application, that’s what he got, one application that had cats which he could not live with. No emails, no other applications, no inquiries, no interest.
Ana said I’m taking this boy home so he can know live and family to foster him. That was several weeks ago while we continued to look for applications for this unwanted dog.
Last night Ana was gone to the airport to pick up her husband and when she came home Everglades was on her bed wagging his tail but his whole body was shaking in pain. It was late but she sent me a text that she was going to take him to the ER. She said she loaded him in the back of the SUV on a blanket and kept an eye on him. She saw him get up a couple of times and circle and lay back down. After a few more minutes of driving she heard him making some strange breathing sounds, she pulled over and could see he was gasping for life. She called me and told me she thought he was dying, I said hop back in and keep driving I’ll call the ER to be ready for you. When she arrived sadly he had already left us. Ana was devastated and couldn’t believe what was happening. I said please ask them to do a necropsy on him so maybe we can have some kind of answer. Dr Burnett called Laura this morning and said he had several heart tumors and one of them had burst and he passed away very quickly after that.
Everglades was loved by all, at the shelter, at the vet, at the sanctuary and in Ana’s home that he was blessed to enjoy sleeping with her at night and the company of her family and other dogs. He would take his blankie into Ana’s office and drop it on the floor and take his nap on it. He was so happy to feel like he was loved and wanted because that’s really all he ever wanted. How sad it is that he only got to experience that for a few weeks and that no family could ever see the sweet loving old man that he was and never gave him the opportunity to share his love with them. Now he’s gone, he will never be forgotten but he is gone. I will order a stone for him and lay him to rest at the sanctuary. We are all just so very sad that we couldn’t do more for him but happy that he had just a moment of love.
Rest In Peace sweet boy.

This poor dog was a staff favorite and has a very sad story. He has been in the shelter since July, and the staff loved and adored him. They would highlight him for every holiday event, but nobody wants him. He has bad skin and is missing hair and just isn’t what you would call a pretty dog. He is estimated to be 10 years old and is the kind of dog that never has someone look at him and say I pick you…He was not on our list to pick him either, he was kenneled with the pit mix girl we call Katmai, she was in the shelter for 4 months and this boy has been in for 6 months, once they told us his story we just weren’t going to leave him behind. The staff was so happy that we did but let me tell you he is going to be very hard to find a home for. 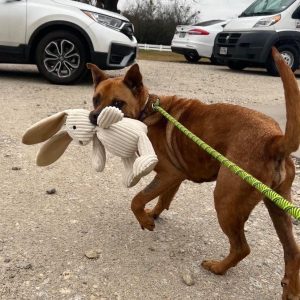 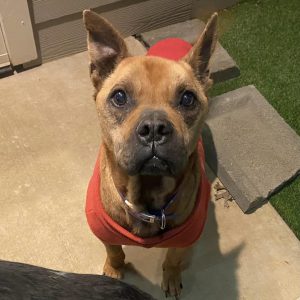 Hi, Everglades checking in! I answer to Everett. I like French fries and Cheez-Its and lunch meat and cheese and, well, anything my foster mom and dad share with me. I don’t like to eat my meals with the rest of the pack but have no problem sitting with everyone nicely to get treats. Belly bands are a must because I haven’t quite learned that I can’t just “go” anywhere. My foster mom’s friend came over last night and brought his beautiful boxer girl. I tried to give her a “special” hug but she yelled at me so I stopped. Foster mom said I’m a good boy for listening and taking no for an answer. But, my favorite thing by far is hunting for turds and trying to burgle them before the humans find them. They’re too quick for me though and pretty much follow me around the yard so I very rarely get any special treats.

With nobody applying for Everglades and he’s already been living in a shelter for 6 months before we rescued him we were so grateful with Ana said I’m going to take him home and hopefully we can get some more insight into who he is in a home. She sent us this update:

Meet and greets went fantastic. Everglades is an absolute gem from what we can tell. Here he is sitting pretty for a Cheez-It and being photo bombed by Freakshow Frankie. What a sweet sweet boy and his tail hasn’t stopped wagging since he got here. He peed on everything outside, pooped, doubled back to make sure he didn’t miss anything then did a sniff-spection of the inside of the house. He has exhibited very good manners and does not shy away from anything. My husband said “Why hasn’t anyone adopted this dog? He’s AWESOME!”

Okay profiling this boy today and he is a tough one. He came to us nearly bald on his sides and legs and was in the shelter for 6 months before that. The staff loved him he was one of their favorites. They profiled him at every adoption event for every single holiday and zip…he got no interest.
He was housed with Katmai the Pit Mix for months in the shelter and we rescued them both. Katmai has been adopted and has her happily ever after.
Everglades we were told is 10 years old, he had one application that was a good home but they had cats, and chickens and horses and and and. We started with testing him with cats and that was a very fast no, so that home wasn’t an option.
Everglades is good with other dogs but he has lots of bad habits for humping dogs which will get him in trouble, he also is a prolific poop eater and that is problematic so you see he is a strike one two three four kind of dog.
Senior
No cats
No chickens
He must live with other dogs who will correct him for humping.
He must live in a home who will keep the poop pickup in check.
He is a very happy sweet boy but he will be a tough one for us to find a home for.

This was Everglades about 6 weeks ago… 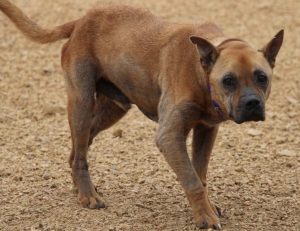 This is Everglades today… 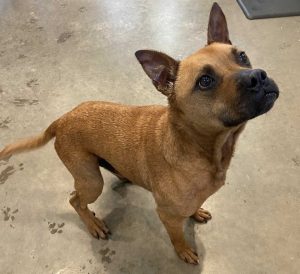 This poor boy has had a crap life, he was in the shelter for 6 months or maybe even more. They had him listed at 10 years old but now that he is all healthy and shiny and new, you tell me does he look like he’s 10 years old now?
A huge thank you to all of our volunteers and employees who have been continually bathing him in medicated shampoo, between that and all of his medicine he looks like a shiny new coin.
Not a single application has ever been submitted for him, and that’s a shame
Hopefully people will look at him more now.

He’s 10 years old and has been completely ignored with his 6 months in the shelter but by golly he’s pretty happy right now.