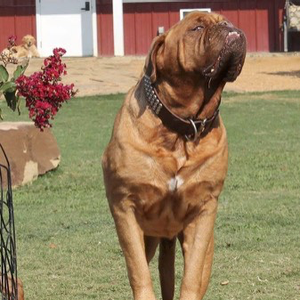 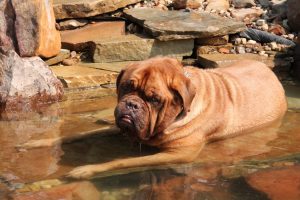 Larry. He was our very first foster and was loved deeply by all of us at the Ranch as well as by the Village. He came to us from Miami, and he was what they call a fospice dog because he was not adoptable and just needed to live his life out somewhere for how ever long he had to live. He had such terrible arthritis and stenosis of his spine that he could barely get up. He had a terrible seizure disorder that we tried to control with medication. He eventually began to get weaker and weaker and more and more incontinent. He moved down to live with Bryan and Travis where they cared for him around the clock which was no easy feat. The impact he had on all of us was tremendous. Bryan was especially taken with Larry and often helped him into the pond for a relaxing soak. Afterwards, Bryan would help him out, dry him off and massage him. Needless to say, Larry felt loved. 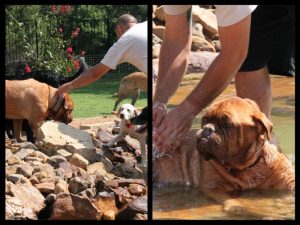 One night he began having seizures, very bad seizures, and he died in the arms of Travis and myself as we waited for the vet to arrive at the house in the middle of the night.
There was no other dog like him. He was a gem, a wonderful, wonderful gem and there will be no other like him. Rest in peace, sweet Larry.

In honor of Larry and his sweet spirit, the Rescue built a separate attached building to house incoming rescues. It is a place for quiet and rest to help acclimate dogs that have been rescued from the worst conditions. We dedicate Larry’s Lounge to all of our rescues – past, present, and future.