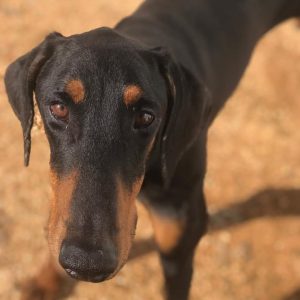 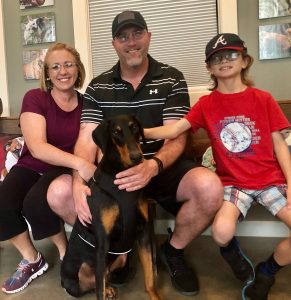 Liam was adopted today by Jennifer and Kevin Harshbarger from Odessa, TX. He will have two kids of his very own: 15 year old Chloe and 8 year old Max. Max was there today and did a great job walking Liam around to go potty before their long trip home. He will also have a kitty sibling named Skittles. His new name will be Rocky. They picked this name because he had a rocky start in life and he is a fighter

. Rocky took to his new family right away and hopped in their car without ever looking back. Happy life sweet boy!! We will miss you, but look forward to hearing all about your new life on the Happy Tails page.

About Liam:
Pulled out of a shelter in the valley by a small rescue that doesn’t have funds necessary to vet a dog like him, so they reached out for help. I don’t know what is wrong with his leg but we will find out. Mr. Ricky Barnes The Transporter is on his way to pick up this boy that we are told is very, very sweet and needs help in a big way.

Are you looking to adopt the most precious lovely Doberman ever?

Liam is just that and he doesn’t have a home. He has had his back leg removed, but don’t think that slows him down in the least because it doesn’t. He has just now finished with his neuter and next stop is the heart worm treatment which will bring him back to being well again for the first time in a very long time in his young life.

We had a very strange leg on Liam that had to be amputated. We knew that he had trauma and that it had been broken a very long time ago but we also knew that his bad leg was in a fixed position and there were lots of changes in his bones. We ran a full biopsy of the entire limb checking for any kind of fungus or cancer and the biopsies have finally come back with him getting the all clear. Everything was just due to trauma and now that the leg has been removed he is a happy man. Liam will be neutered soon and have his HW treatment and will then be ready for adoption. All I hear from anyone who spends time with him what a sweet gentle precious boy he is. Someone will be lucky to have him, and don’t think that leg being removed is a deterrent to him, he glides like a butterfly across the yard.

I have yet to meet him but all I hear from everyone is how much they love him from volunteers to medical staff who cared for him. Liam’s leg has been removed and as you can see he has no issues moving about and is much happier not carrying around that broken leg. Preliminary blood serology testing shows no fungus but now we wait for the biopsy of the leg itself to come back on the finings in the bone of that bad leg. This could take 2 weeks so we will just have to wait. Foster mom Amy PK has taken Liam home to recover from this very big surgery and we thank her for that.

We are still trying to figure out what all is wrong with Liam. His radiology report says that his lower leg is badly fractured but there is infection in his bone and potentially fungus too. It’s Avery strange case with his injured leg fixed in an upright position and Dr. Thompson the surgeon thought it was very strange too. His leg was removed today and the entire leg was sent off for pathology, she said it was very difficult to take off because the leg is just contracted and fixed in that position but it is off. She felt maybe he had extensive nerve damage that caused the leg to contract like that but it is odd. We will biopsy the bones in the leg looking for fungus and hope its something that we can treat. Fungus is a tough one and I’m hoping that there is no fungus because if there is its hard to treat and could lead him into a place I don’t want to go. He did well with surgery and is finally free of that badly injured leg and now we wait for results. He will be in the hospital until at least Monday and I’ll update when I know more.

We have the radiology report on Liam and it’s worrisome in a lot of different ways, it reports that there is a lot of bone lysis which is lesions, bone infection, and potential bone fungal infection. Dr. Reno is very concerned and wants to discuss with the surgeon who will be amputating the leg. This leg is in terrible, terrible condition and we need to understand if he has a fungal infection potentially in the bone that could have spread. This is a very strange case but the fact that his leg is broken so badly and fixed in this position is strange and it seems like something else might be going on and we need to get to the bottom it all before taking him to surgery. The surgery is scheduled for Friday the 12th. Dr. Reno will take a look at him on Monday and will consult with the surgeon and the radiologist on what is the best way to move forward with him. We know the leg has to come off but we also need to know what underlying issues are happening with him and his bones.

Liam’s leg cannot be saved. Apparently, he has had significant trauma a very long time ago and his bones are broken in many places and the entire leg has atrophied and will not be fixable or savable.
He will have it amputated, it isn’t an emergency as it has been like this for a very long time. We are keeping him on pain meds just in case but he will be seen by a surgeon next week and have the leg removed. 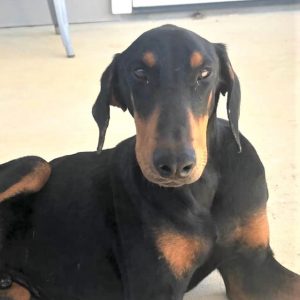 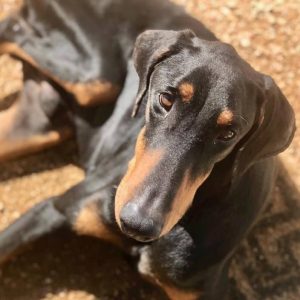