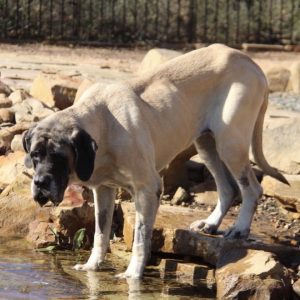 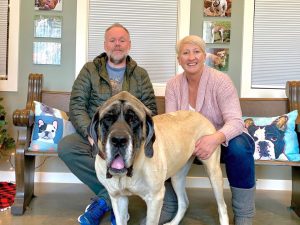 And now the story for Mork and Mindy has come full circle. We said goodbye to big Mindy today.

Mindy Is making the long trek from Texas to California to live with Amy O’Donnell & Kieran McGarrell in Orange, CA.

Amy and Kieran flew in from California rented a car and will drive this big girl home.
They immediately applied for Mindy when she arrived along with Mork and they are excited to bring her home. They lost their English Mastiff this past summer and their Rottweiler this past fall. Mindy will join their pack to help fill the hole that their other dogs left behind. Mindy will have a Rottweiler and a Rottweiler/Mastiff mix to show her the ropes in her new home and have the Pacific Ocean as her new playground. They have not decided on a name yet but have promised to let us know what they decide on the Happy Tails page.

We are so happy to have rescued them both and to see them go full circle to their forever lives in New Mexico for Mork and California for Mindy.

We wish both families all the best with their gentle giants… 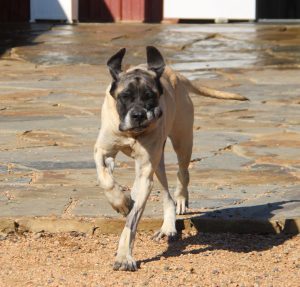 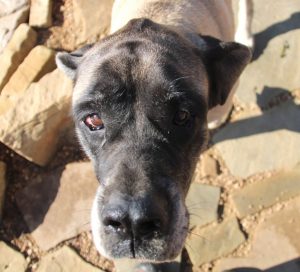 Imagine two dogs so hungry and on their own for months and months that they have no choice but to eat, trash, plastic, sticks and leaves to try and survive.

The body deteriorates, the fat stores are gone and now you have Mork who has had one of those sticks that he has eaten while trying to seek nutrition and keep from starving to death and for heaven’s sake stop the pain of a stomach that is so very hungry has caused a perforation in what they feel is his retroperitoneal space.

Things are not looking good for him he has peritonitis from this and that is deadly enough in a healthy dog or a human for that matter. His body is in such terrible condition he has nothing to draw from. He is very quiet in his cage and at this point we are just trying to keep him stable and get him a little stronger. Laura went to visit them both this afternoon and they said they wanted to try and offer him a little food but he refused it.
We will consult with Dallas Veterinary Surgical Center in the morning as they will take over the assessment with him. He has had 4 units of plasma, fluids and he is on several broad spectrum antibiotics to tackle the peritonitis and of course we will give him anything and everything they think he needs but right now its just steady as we go.

As I stated this morning it’s pretty doubtful he would survive surgery but if they feel its his only chance with having exploratory surgery to find a perforation and clean out his abdominal cavity of spilled waste then that would be the decision we would be forced to make. It is tough call either way and we wait for our specialists to advise us on what they think would be the best approach.

Clinically Mindy is looking a little better, she is having blow out diarrhea and of course you would not want diarrhea like that but in her case it lets us know that things are moving through with no blockage. Her scan came back with showing no gastric torsion but instead she has colitis so surgery on her abdomen will not be necessary for her.
She is on fluids and pain medication. She is heart worm positive so that will need to be addressed but right now we are working to get her stabilized.

I sincerely want to thank the village for your donations to save these two giants lives, they have been steadily coming in throughout the day and we couldn’t be more grateful to know that when we rescue dogs in this horrific condition we have a support system out there that will help answer the bell that we have to ring..

Positive thoughts and prayers are of course very much needed and we know that many of you cannot afford to donate and we are grateful for you to offer up help in a spiritual way. It all matters, it all counts and when we pull together in unison we make a big difference. I’m so hoping we can save both of them and I know that all of you do to.