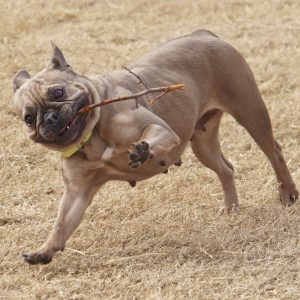 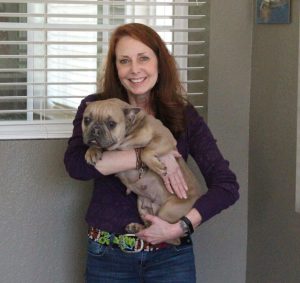 Laura Thomas from Maumelle, Arkansas waited nearly a year for her the dog she wanted to adopt to be well enough to adopt but hat day never came because Sloan became a terminal foster for us living with her foster mom.

We promised Laura she would be cleared for adoption for the next Frenchie that came through that was a good fit and little miss naughty pants Pistachio is that girl. She looks so shy and worried in this picture but I assure you that is very temporary, this little stinker is full of mischief and her new mama will see that come to light sooner rather than later.

I don’t know her name but we will hope to learn about it on the happy tails page.

We wish you all the best little stinker..

This little girl is listed as a blue fawn which of course falls into one of the rare colors that people will pay for. We secured her at auction and after the auction was over, a mill owner came over and asked if we would sell her to him because he lost her and very much wanted her.
The answer was NO….
She was born on 8/8/14 so she’s three years old, an unusual color and very much wanted but that’s too bad, that life isn’t for her anymore. 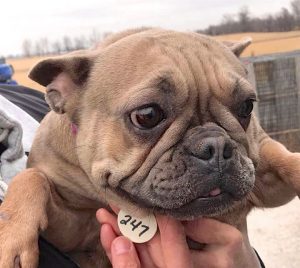