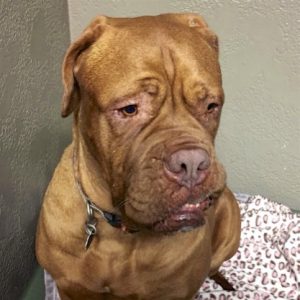 This beautiful girl was advertised for sale on Craigslist for $500.00. She’d had a litter of pups six weeks prior which had all been sold by the people advertising her. We rescued her and named her Pumpkin Pie, she was a big beautiful girl but we could tell right away something was wrong with her. Her movements were slow and calculated as if she had vision problems. After having her checked by Dr D, it was discovered she did have entropian but otherwise her eyes were normal. Her behavior suggested a neurological problem.

Renee decided a visit to a neurologist was in order but Pumpkin’s symptoms and behavior deteriorated quickly. She exhibited no interest in people, food, or activity. She paced, constantly, in circles and once led to a den with a bed, she slept immediately and could barely be woken up. Renee took her to the ER vet who has helped us with so many of our rescues, as well as Renee’s precious Mooie. Rather than letting her continue to suffer and continue to worsen, it was decided to help Pumpkin Pie cross over where she could be free of any pain.

She was only with us a few days but we gave her the love and care she deserved her entire life. Pumpkin Pie’s ashes will be brought to the Ranch and planted in Majesty’s garden at our new building. 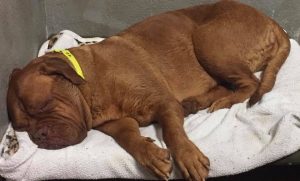 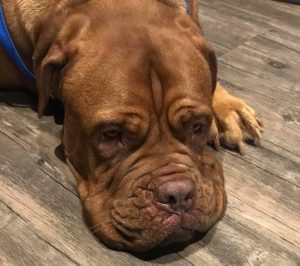