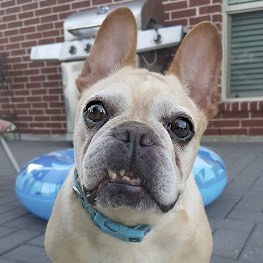 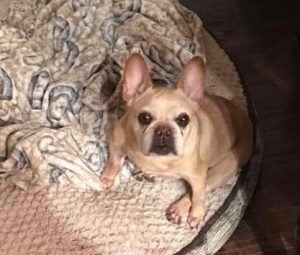 Way back in June of last year we rescued Sloan from a backyard breeder in East Texas, she has been such a sick little girl right from the very beginning. Heartworms have gotten the best of her and her lungs are just terrible and have little to no chance of getting better. She has gone through heartworm treatment which took us months to even accomplish but unfortunately it never improved her lungs that crackle and she has difficulty breathing sometimes and has been rushed to the ER several times and put on oxygen.

Sloan still hasn’t been well enough to spay and she has a mast cell tumor on her leg that we are trying to get her well enough for anesthesia to accomplish both tasks but so far we have not been able to.

Sloan has had an adopter waiting for her all this time but we broke the news to her this past week that Sloan will never be healthy enough for adoption and at some point when she has another catastrophic even with her lungs shes not going to pull through.
She understood because she’s been in touch with Danielle her foster mom the entire time and knows about the severity of her condition. We have told her that she will be next in line for the next available Frenchie that is a good match.

So what happens to Sloan?

Her foster family adore her and have cared for her for 8 months and she will never leave them. Danielle and her family already are fostering our little fospice Yorkie you might remember named Bells and they said of course they will take care of Sloan as well for however long she has.

So the story is sad, but the story is happy as well, Sloan lives her happily ever after in the only home she has ever known and Danielle and her family never have to say goodbye until the end and we are so very grateful for their kindness.

This darling French Bulldog was rescued from a backyard breeder in east Texas. She’s six-years-old and will be staying with foster mom, Laura, to decompress and get healthy.

Welcome to the Rescue, Sloan! 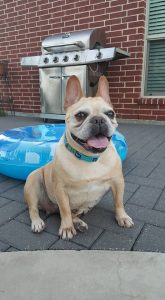 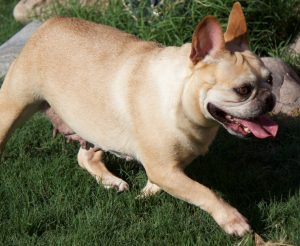