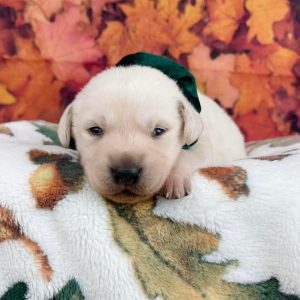 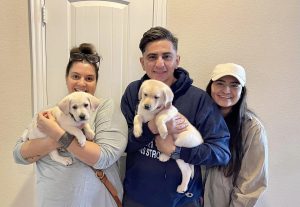 Tarragon is going to live with his cousin Bleu Cheese (Feta’s puppy) forever! Hollie Savoie and Pablo Puentes drove in from Round Rock, TX to adopt these two boys. They also have a 7 year old silver lab named Holley at home. They had two brother labs Barney and Bentley who both passed away in 2021 and wanted to adopt two again so they could always have a playmate. Bleu Cheese will now be known as Poncho. Tarragon immediately began kissing Hollie when they met so his name is Besos (Spanish for kisses). We hope to see updates of these two boys on the Happy Tails page.