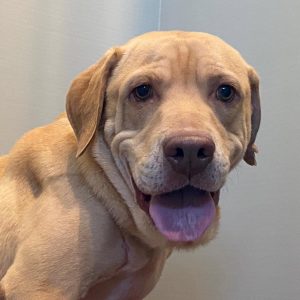 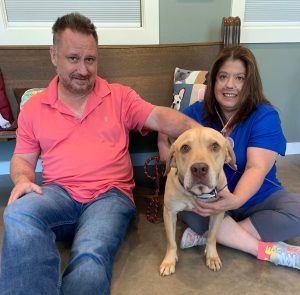 Are you a betting man? Or woman? Or dog?
Toby is.
He was a plain brown dog, sitting in the same corner of a shelter, month after month. He was rescued by Dog Ranch Rescue and received care and lots of love at the Sanctuary, but what he really wanted was to love and to trust and to have a family and home of his own. His name is Toby.
James Foley, from Fort Worth, TX, had 3 dogs and over time, they passed on. He found himself with an empty home that needed the company of a good dog. James goes by his middle name, Tony.
Tony’s girlfriend is a long time follower of the page and has had a dream of being able to rescue a dog from Dog Ranch Rescue. Tony wanted to make that happen for her. Her name is Tammy.
Today, Tony and Tammy welcomed Toby into their hearts with promises of a home to call his own and all the snuggles he could ask for! They are avid sports fans so Toby will have the excitement of watching sports with his humans. They are also coffee lovers and said that Toby will be no stranger to the puppuccino. He will be the only dog to soak up all of the loving attention that is offered and that he so deserves.
Toby, Tony, and Tammy. That is undeniably a trifecta!
Toby beat the odds and won!
We are so happy to see Toby off to live a wonderful life! Tony is aware of the Happy Tails page and we will look forward to seeing Toby living it up! Happy life sweet boy!
About Toby:
I saw Toby in my feed and immediately saw the same look on his face that I saw on Diggity Dog’s face in his shelter pic.
All we know about him was that he’s been there since 6/22 and he came in with a huge laceration on his shoulder, probably from being hit by a car. Thankfully the shelter patched him up good but he’s just been sitting there ever since, a plain brown dog sitting in the same corner month after month getting overlooked time and again.

I can’t even begin to tell you how much I hate writing this post. Finding homes for some dogs is just such a challenge, mixed breed dogs are the hardest, black mixed breed dogs are impossible, dogs that need to be an only dog and are mixed breed too are beyond impossible.
We have given Toby every opportunity to give us confidence that he can go live in a home with another dog. He does not give us that confidence, he has been at the ranch with dozens and dozens of other dogs, he will periodically pick a fight for no reason. He went into a home with a trial run to adopt with a very calm released Frenchie and he picked a fight with him. He will challenge a big dominant male like Burt and that won’t end well for him.
As I stated before he is a very quirky dog, he is afraid of most people when he first meets them and nervously barks at them staying just out of reach from them. It isn’t hard to win him over, all he wants is to sit in someone’s lap, to give him a hug, that is what Toby wants, that is all he wants.
Strike one…he’s a mixed breed dog
Strike two…he is quirky and needs someone with lots of patience
Strike three and the biggest strike of all he needs to be an only dog.
We’ve talked about searching for a unicorn…Toby is way harder than that. Toby remains at the ranch but he spends the majority of his time locked up without freedom due to his unpredictable nature. This dog was in the shelter for 75 days, I wonder if he hadn’t been adopted out during that time and returned due to his not getting along with dogs in the home.
As a village we have our work cut out for us, finding a home for him is going to be very very difficult. He received two applications, the first one where he failed, the second one also has another dog in the home.

It’s time for me to ask you for help, Toby will need tons and tons of shares and if we don’t get him the exposure he needs he is going to languish at the ranch in isolation just like he languished at the shelter for 75 days and that doesn’t make us happy.

Toby is a quirky dog. He went on a trial run in a home last weekend. He didn’t do well and brawled with a male dog in the home. He gets along with 98% of the dogs at the ranch but he picks trouble with the remaining 2% and it gets him into trouble. The problem is there is no rhyme or reason with the ones he has trouble with so its hard to predict his needs for a home.

Toby loves his people once he trusts you, then he wants to sit in your lap and have a hug. Wes had to work to win him over, but now they are friends. It will probably be best that we adopt him locally so any dogs in the home can have introductions at the ranch so we can be sure it will be a good fit. I am not ready to peg him as needing to be an only dog home, its just too early for that.

Toby is still a shy boy but he’s making progress everyday. I see him trying to follow me around and getting closer and closer. He seems more partial to the ladies but I’ll try and show him us guys are just fine too.

The couple of dogs at the sanctuary very much needed to learn social skills. Today Toby came up, Toby would growl at Inez at the sanctuary and we knew it was fear but nonetheless we needed to see him ourselves. sure enough, he’s a very shy sweet boy who is just nervous with other dogs. He will learn and adapt very quickly and this will be good life skills for him… 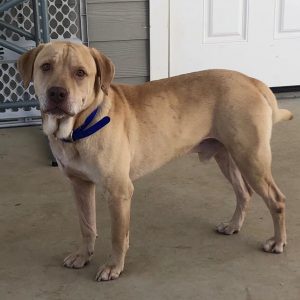